Little did he know it, but it was a discovery that would provide the key to unlocking an ancient written language not used for 2,000 years, and with it many of the secrets of a lost civilisation. The irregularly shaped basalt slab was named after the nearest town – the Rosetta Stone. 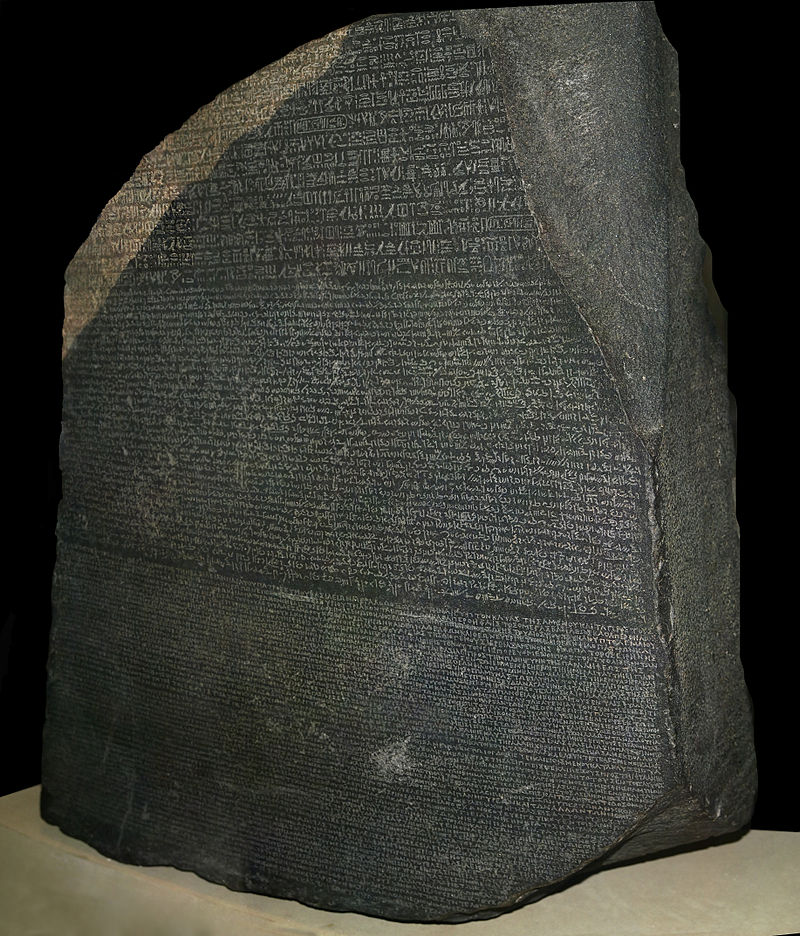 Although incomplete, it was inscribed with fragments of passages written in three different scripts; Ancient Greek, Egyptian hieroglyphics and Egyptian demotic. Only the Greek could be partially understood, telling archaeologists that the stone was inscribed by priests honouring King Ptolemy V in 196 BC.

But crucially, the Greek passage also announced that the three scripts were all of identical meaning. It meant that, for the first time, archaeologists had the key to deciphering ancient Egyptian written languages which had been ‘dead’ for two millennia.

Using the Rosetta Stone, they could finally begin to understand the ancient hieroglyphics found in pyramids, tombs and other monuments whose meaning had so far eluded them. However, it would be another two decades before the stone gave up its secrets.

Deciphering the Rosetta Stone opened up the language and culture of ancient Egypt as never before, showing it to be an extremely advanced civilisation.

Acorn Stairlifts employees who need to visit your home will continue to observe strict Covid-19 protocols after most restrictions are eased on Monday.

With this weekend forecast to bring some of the hottest days of the year so far, NHS England is repeating its ‘heat-health’ warning to stay safe in heatwave conditions.

Are your feet too big for your stairs? It might seem an odd question, but read on and all will become clear.