Today TV news bulletins are a staple of broadcasters’ output, with some digital channels devoted entirely to news coverage, but it wasn’t always so.

Television had been around for a good few years when the first daily news programme was broadcast by the BBC on July 5th, 1954. The 20-minute bulletin was introduced by Richard Baker as an “illustrated summary of the news… followed by the latest film of events and happenings at home and abroad”. 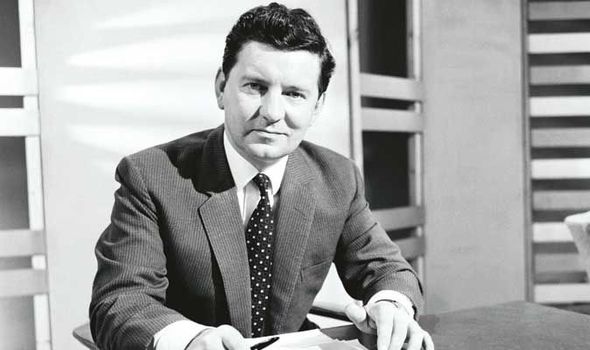 Mr Baker (pictured), who would later become a familiar face to viewers, didn’t appear on screen at all as producers feared a newsreader with visible facial movements would distract viewers from the details of the story. Instead he provided narration off screen while still photographs, headlines, maps and rudimentary graphics were shown to illustrate the day’s main news stories.

This was followed by the customary ‘Television Newsreel’ with a recorded commentary. Viewers (and cinema goers) were familiar with the ‘newsreel’ format, although the news could be days or even weeks old due to the time taken to produce and distribute the films. It was announced that the BBC’s existing “Television Newsreel” programme would be cancelled, although some newsreel footage would still be shows as part of the new daily TV news bulletin.

The BBC’s first news bulletin, broadcast 64 years ago today, began with news of truce talks being held near Hanoi and an item on French troop movements in Tunisia. The new format did not meet with universal approval, indeed some critics were scathing, describing it as “absolutely ghastly” and “crazy”. BBC Radio was also sceptical of its new rival and insisted it retain editorial control over the headlines and story content, despite having little understanding of the new medium of television.

The BBC’s Director General, Sir Ian Jacob, acknowledged there had been difficulties in producing the new TV bulletins and that there would be “teething troubles”, but he remained confident the format would evolve and said the BBC was committed to television news.

He told reporters: “News is not at all an easy thing to do on television. A good many of the main news items are not easily made visual – therefore we have the problem of giving news with the same standards that the corporation has built up in sound. This is a start on something we regard as extremely significant for the future.”

He was, of course, absolutely right. With early news broadcasts proving ‘clunky’ and unpopular, producers embarked on a steep learning curve. Priority was given to news items which could be more easily illustrated and more of the day’s breaking news began to replace outdated newsreel content. On-screen newsreaders were introduced a year later, with Richard Baker, Kenneth Kendall and Robert Dougall fronting the bulletins. This was a crucial move, coming three weeks before rival broadcaster ITV launched its first television news programme in September 1955.

TV news producers gradually began to wrestle editorial control from their radio counterparts, more in-depth news-based documentary coverage was developed and in 1957 a new topical early evening programme, called “Tonight”, was launched, hosted by Cliff Michelmore. The following year, BBC TV formally established its ‘News and Current Affairs’ department to oversee production of all news-related television output and the rest, as they say, is history.

TV news coverage grew and evolved quickly, with advances in technology throughout the 1960s meaning that moving pictures of news events could be broadcast within hours of them happening. Outside broadcast units were set up, allowing reporters to broadcast from the scene of breaking stories and before long news coverage was a mainstay of the BBC’s television output.

Today, BBC News is the largest broadcast news gathering operation in the world, providing services to BBC domestic radio and various digital TV services including the dedicated BBC News channel, BBC World News, BBC Parliament, BBC News Online and the BBC Red Button service. Digital technology has made instant access to breaking news stories from around the world more accessible than ever before, with the BBC at the forefront.