Figures released 18 years ago today showed a ‘tidal wave’ of British homes getting connected to the internet, with one-in-four household able to get ‘online’.

While that figure is now hugely outdated, it shows that the turn of the new millennium marked something of a ‘gold rush’ period in the UK and other developed countries to hook up to ‘the net’. 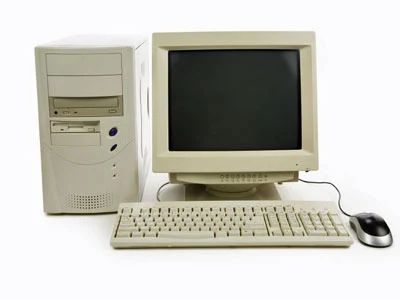 The figures, released on July 10th, 2000, came from the UK Government’s Office for National Statistics (ONS). They showed that in the first quarter of the year around six-and-a-half million UK households gained access to the internet, which was more than double the total for the same period the previous year. It was the first time that the ONS included data on household internet subscriptions in its quarterly Family Expenditure Survey.

Covering a representative 7,000 households, the survey also revealed that internet usage varied according to location, wealth and age of family members. Homes with young families were more likely to use the web, as 35% of those with two or more children had web access, compared to just 1% of single pensioners. South-east England had the greatest percentage of internet users, at just over 24%, while in Northern Ireland the figure was just 11% – although that had doubled from the previous year.

One thing was clear ­– the growth in internet usage was phenomenal, with more and more households signing up for subscriptions. Another factor was the falling cost of previously expensive internet connections, as more companies got involved in the market, driving prices down. ‘Logging on’ was still a slow, laborious and sometimes haphazard process, using the old ‘dial-up’ connections, but it was the only way for most users. Talk of ‘broadband speeds’ and ‘megabits per second’ was still some way off.

One cause for concern was the apparent north-south divide in internet usage and ease of access to internet connections. In response, a government spokesman outlined various schemes aimed at ensuring this so-called “digital divide” did not get any bigger. The included opening 700 new IT centres across the country and making sure all UK schools and public libraries could access the internet by 2002, regardless of their location.

That target was almost hit, although it took a little longer to connect some of the remotest locations. By 2002 the rush to get online showed no signs of slowing, with 40% of UK households having internet access and 95% of businesses online. Just three years later, with faster ‘broadband’ connections now available, many existing subscribers were upgrading their ‘dial-up’ technology and most new subscriptions were for broadband.

Since then things have marched on apace, the biggest change being the number of people who routinely access the internet ‘on the go’, using smartphones, tablets and a variety of other gadgets. The latest ONS figures on internet access (from August 2017), show that 90% of UK households now have internet access, up from 89% the previous year and 57% in 2006.

London and the south-east of England still have the highest level of internet access, at 94%, but the ‘digital divide’ has narrowed massively. The biggest increase in usage has been in Scotland, where the number of households accessing the internet has risen from 48% in 2006 to 90% in 2017. Very few households are physically unable to access the internet, but 10% choose not to. Of those, 64% feel they don’t need it, 20% feel they lack the skills to use it, and 12% access it elsewhere (at work, from the library, community centre etc.).

These days it’s easy to wonder how we ever managed without the internet, and for young people a world without instant online access is simply unthinkable! But it’s not so long ago that the internet was the preserve of scientists, academics and IT ‘geeks’, and yet we did manage. And according to the 2017 ONS figures, a tenth of UK households still do.