A great deal of common sense and worldly experience is encapsulated in proverbs. Today we’ll take a look at some beginning with the letter ‘k’: 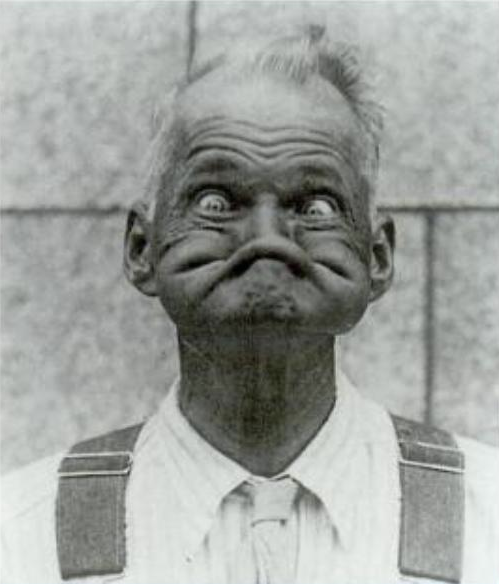 Keep your chin up!: Perhaps not so much a proverb as an encouragement to remain cheerful and resolute in a difficult situation. This is another visual analogy; if you keep your chin up it must naturally follow that your head is held high, as opposed to hanging your head in defeat and sorrow, with your chin on your chest. It’s easy to assume this is an English proverb, the kind of thing said to the pitifully few soldiers at Rorke’s Drift as they faced yet another advance by the massive Zulu army; “Here they come boys… keep your chin up!” In fact, it seems to have originated in the USA, where a Pennsylvania newspaper in 1900 urged its readers to: “Keep your chin up. Don't take your troubles to bed with you – hang them on a chair with your trousers or drop them in a glass of water with your teeth.” Is it easier to keep your chin up without your teeth in?

Know on which side you bread is buttered: In any situation, if you are in a position to make a choice, be aware of which option will be most favourable to you. This proverb, dating from at least the mid-1500s, is most often used in reference to a conflict or dispute where there are two clear sides, each opposing the other. If you need to get involved and ‘take sides’, you should consider very carefully on which side it will be in your best interests to be, rather than making a snap decision. The analogy of a slice of bread with two sides, but buttered on only one, is a simple one, but very effective. An early example is found in a 1546 glossary of English proverbs (‘prouerbes in the englishe tongue’) by John Heywood. Since the author spent most of his working life at the court of the Tudor monarchs – where political intrigue and manoeuvring between opposing Catholic and Protestant factions was rife – he probably knew what he was talking about.

Knowledge is power: Here a proverb that could well serve as the motto for an organisation such as MI5, probably in Latin – “scientia potential est”. It suggests that knowledge, particularly of your enemies’ capabilities and intentions, puts you in a position of power over them. The whole world of international espionage is founded on this very premise.  It also suggests that the man who hold most knowledge will be the most powerful in his society and therefore its leader. The earliest documented occurrence comes from a 10th century Arabic religious text, which tells us: “Knowledge is power and it can command obedience. A man of knowledge during his lifetime can make people obey and follow him and he is praised and venerated after his death. Remember that knowledge is a ruler and wealth is its subject.” So rather than chasing wealth, perhaps people would do better to pursue the knowledge that will bring them wealth? Now there’s a good thing to know!

Who knows most, speaks least: This proverb is first referenced in an Italian book of wise sayings published in 1666. It implies that the wise man will not ‘run off at the mouth’, suffer from ‘verbal diarrhoea’, or ‘set his mouth in motion before his brain is in gear’. Instead he will hold his tongue, listen and learn, choose his words carefully and speak only when necessary, giving a considered and informed opinion. He will, in other words, “keep his powder dry” – another proverb beginning with ‘k’ and meaning to conserve your resources until they are needed. There’s a converse expression commonly used in Yorkshire to describe a ‘blabbermouth’ and the worthless nature of his incessant ‘blather’ – “He talks a lot and says nowt!”

Keep your friends close and your enemies closer: By all means take a keen interest in what your friends are up to, but keep and even closer eye on your enemies, because being alert to their activities will serve you well. If you distance yourself from your enemies, how can you know what they’re plotting? After all, ‘knowledge is power’. This proverb is often attributed to ancient Chinese philosophers or the expert Italian schemer and politician Niccolo Machiavelli, but there is no solid evidence for either. In fact, its first confirmed use is in the 1974 film “The Godfather Part II” when the main character, Michael Corleone, speaks the dialogue: “My father taught me many things here — he taught me in this room. He taught me… keep your friends close but your enemies closer.” The exact wording didn’t appear in author Mario Puzo’s 1969 novel “The Godfather”, but he worked closely with director Francis Ford Coppola on the screenplays for its three-part film adaptation, so it’s likely they came up with the wording together.