For the first time in their 50-year history, the Commonwealth Games were officially opened by a reigning monarch 40 years ago today, on Thursday August 3rd, 1978.

Staged in Edmonton, Canada, the 11th Commonwealth Games were declared open by Her Majesty Queen Elizabeth II as part of an official visit to Canada. She was accompanied by her husband, Prince Philip, and their two younger sons, Princes Andrew and Edward. 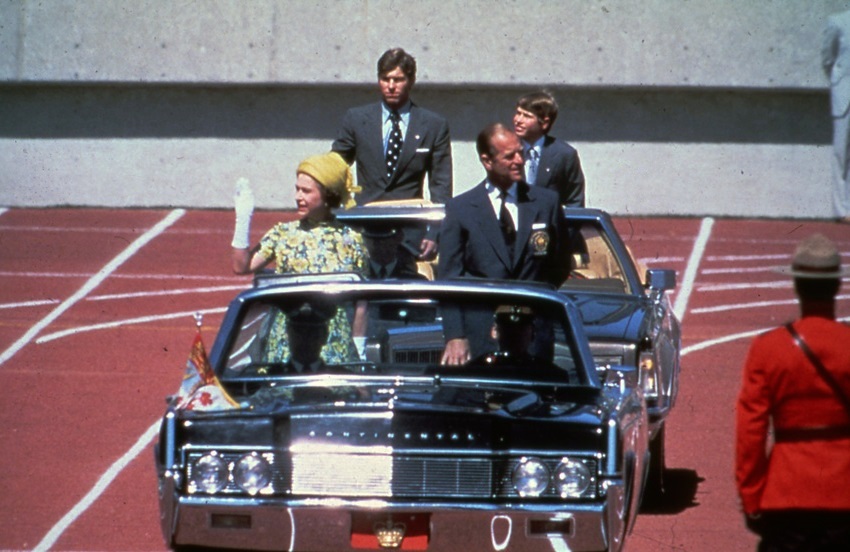 A crowd of 45,000 people packed Edmonton’s newly-built Commonwealth Stadium for the opening ceremony, which was televised around the world. They rose to their feet and applauded as the royal party entered the stadium through the Marathon Gate, travelling in two open-top cars.

In previous years it became a tradition for the Queen, as head of the Commonwealth, to send a message to be read out at the games’ opening ceremonies. It was contained in a baton which was carried in relay by a succession of athletes to wherever in the world the games were held, mirroring the journey of the Olympic flame from Greece to the Olympic Games.

The Queen’s message was usually read by her husband, Prince Philip, who had opened the international sporting event several times in his role as Commonwealth Games President. This time the Queen was able to read her own message, which she had handed to Tanzanian relay runner Filbert Bayi in London eight days earlier at the beginning of its long journey.

Since then it had travelled more than 5,000 miles and passed through 287 pairs of hands before being given back to the Queen in the Edmonton stadium. It was handed over by Canadian pentathlete Diane Jones Konihowski, whose identity as the final athlete in the international relay was kept secret until the last minute.

Addressing the capacity crowd, the Queen said: “In recent years Prince Philip, as your president, has performed the opening ceremony and has read my message, and I have closed the games. This year, our roles are reversed for the first time and I am able to give you my message in person.”

She said how pleased she was to be in Edmonton for the games and, on behalf of the Canadian people, welcomed the 1,475 athletes from 46 countries taking part. She congratulated them on the hard work they had put in to earn a place at the games and wished them luck during the forthcoming competition, before declaring the Commonwealth Games officially open.

They ran for nine days until the closing ceremony on August 12th and saw athletes competing in 128 events across 11 sports – athletics, badminton, bowls, boxing, cycling, diving, gymnastics, shooting, swimming, weightlifting and wrestling. Top of the medal table was host country Canada, taking 109 of the 395 medals available, 45 of them gold. England came in second place with a total of 87 medals including 27 golds, with Australia in third, taking 24 golds among their 84-medal tally.

The most recent Commonwealth Games, held on the Australian Gold Coast in April this year, saw 4,426 athletes from 71 teams competing in 275 events across 19 sports. The next games will take place in Birmingham, England, in 2022.