Fifty-five years ago today Britain was waking to news of one of the most audacious and profitable escapades in criminal history.

In what quickly became known as The Great Train Robbery, a gang of 15 villains ambushed the Glasgow to Euston overnight mail train and stole around £2.6 million – equivalent to more almost £52 million today. 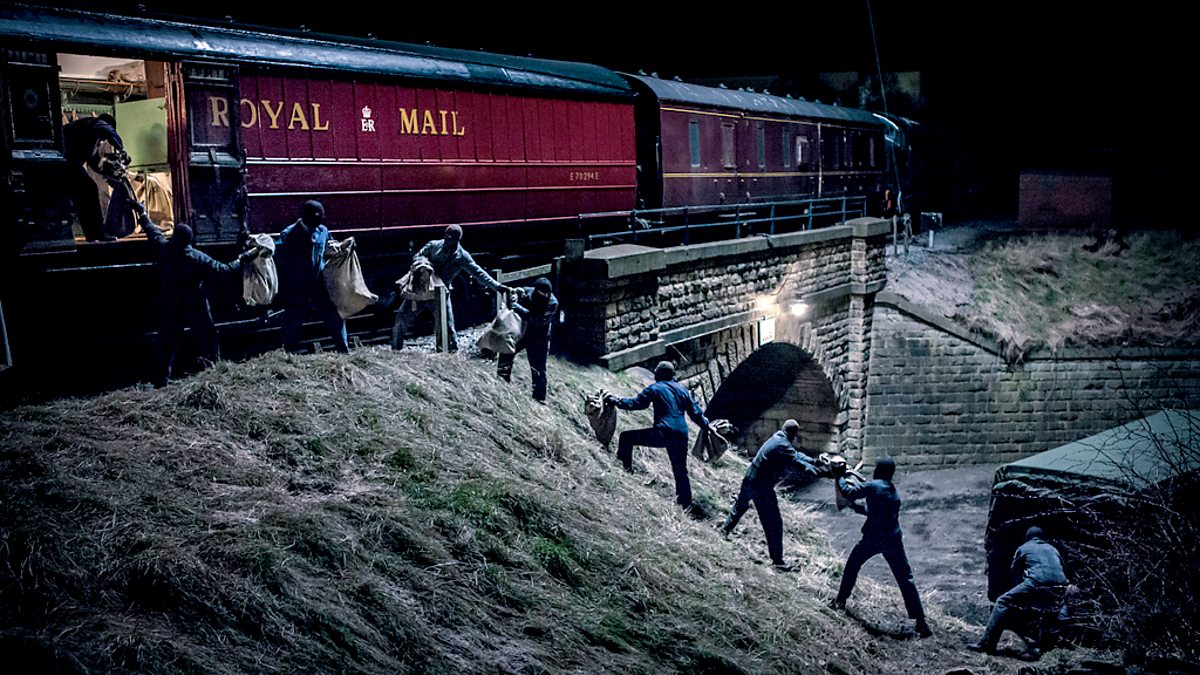 The sheer bravado of the gang initially earned a sneaking admiration among large sections of the public, especially since there was no apparent victim, the missing money belonging to “the banks”. But it was tarnished by news that the 58-year-old engine driver, Jack Mills, had been brutally coshed over the head, sustaining significant injuries. He suffered trauma headaches for the rest of his life and was unable to return to work.

The Post Office train, known as the “Up Special”, had run every night for 125 years without any interference before the robbers struck. Postmaster General Reginald Bevins speculated it must have been an “inside job” due to the robbers’ apparent knowledge of the train’s operation. He was partially right in that the gang planned the robbery based on inside information from a mysterious individual known only as “The Ulsterman”. It wasn't until 2014 that he was finally named as Patrick McKenna, a postal worker from Salford who had detailed knowledge of the amounts and location of money carried on mail trains.

Leader of the gang was Bruce Reynolds, a career criminal who spent months planning the raid and assembling a crew to carry it out, many with specialist skills needed for the endeavour. It began just after 3am on Thursday August 8th, when engine driver Jack Mills brought the train to a halt in response to a red signal showing at Sears Crossing, on the West Coast Main Line near Leighton Buzzard.

Unknown to him the signal had been rigged by the robbers, who were hidden at the trackside. When the fireman climbed down from the cab to call the signalman on a trackside telephone he was grabbed and overpowered. Gang members then entered the locomotive cab from both sides and as engine driver Mills grappled with one he was coshed by the other.

The robbers then had to move the train half-a-mile to the Bridego Bridge where they could unload the mailbags onto an army truck waiting on the road below. They recruited a retired engine driver to move the train, but he was unfamiliar with the new type of diesel-electric loco so the gang had to rouse the semi-conscious Mills and force him to move the train.

In fact, only the engine and first two carriages were moved, as the second carriage was the High Value Packages (HVP) carriage. The remaining carriages were uncoupled and left behind, with the 75 postal workers inside and unaware of what was going on.

Once at the bridge, the gang’s “assault force” broke into the HVP carriage and quickly subdued the five staff inside. They were made to lie face down on the floor, joined by the engine driver and fireman, while the robbers stole all but eight of the 128 sacks inside, passing them by human chain to the waiting truck before making their getaway.

They made for their hideout, the run-down Leatherslade Farm about 27 miles away, arriving just as the first reports of the robbery were being broadcast on police VHF radios, which the gang were also monitoring.

A massive police investigation began, eventually leading to Leatherslade Farm on August 13th, five days after the robbery. The gang were long gone, but the man paid to burn down the farm to destroy any evidence had been too scared to go back and do the job. It meant police found vital evidence, including fingerprints.

Soon, gang members were being arrested and, under questioning, began naming their accomplices. Just over six months after the robbery, 12 of the 15 thieves were sentenced to jail terms totalling more than 300 years. The robbery’s “mastermind”, Bruce Reynolds, evaded capture until 1968, while two other gang members, Charlie Wilson and Ronnie Biggs, later escaped from prison. Wilson was recaptured in Canada while Biggs famously lived in Brazil, safe from extradition, for many years.

He finally returned to Britain in 2001, aged 71, after suffering ill health. He was arrested and returned to prison to serve the remainder of his sentence, but released in 2009 on compassionate grounds after suffering a series of strokes. He died in 2013.

Of the £2.6 million stolen in the Great Train Robbery, less than £400,000 was ever recovered, and three of the gang were never captured or prosecuted.