After what some commentators called “the greatest race in history”, Olympic 100-metre gold medal winner Ben Johnson told reporters: “No one can take it away from me”.

Those words came back to haunt him when, 30 years ago today, he was sent home from the games in disgrace. He had been revealed as a drugs cheat after failing a post-race test and was promptly stripped of the Olympic title and banned from competition. 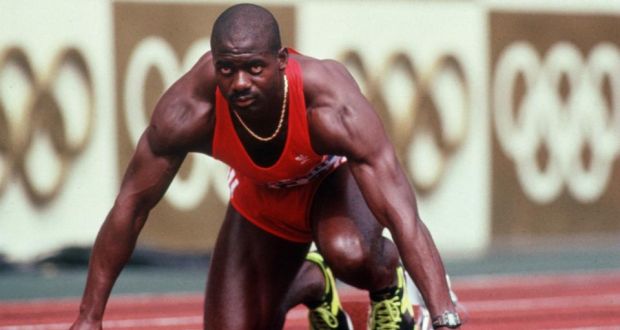 Canadian sprinter Johnson was already the 100-metres world record holder in the run-up to the 1988 Olympic Games, in Seoul, South Korea. The final ­– which took place on September 24th, 1988 – was the games’ most hotly anticipated event, with many British viewers staying up to watch it live at 4-30am.

Johnson faced his great American rival, Carl Lewis, who was the pre-race favourite and looking to match his tally of four gold medals from the Los Angeles Olympics four years previously. Also in the mix was Britain’s top sprinter, Linford Christie, who was showing fine form during the Seoul games.

During the race and in the days following it, the 100-metres final did indeed seem to be one of the greatest ever. All the leading contenders got away well, but Johnson led from the start, exploding out of the blocks. He covered the distance in just 48 strides, hitting a maximum speed of 30mph and crossing the line in 9.79 seconds, smashing his own world record.

An apparently shocked Lewis came in second, with Linford in third to become the first European 100-metre runner to dip below 10 seconds. Johnson even slowed slightly in the last few metres, glancing over his shoulder and raising a finger in a ‘number one’ victory gesture.

At the post-race news conference, he said he could have run even faster if he hadn’t slowed at the finish: “If I had gone through I would have got 9.75,” he said, “but I’m saving that for next year.” Although pleased to break his world record, he said he valued the gold medal more, telling reporters: “No-one can take it away from me.”

He was wrong. After the race he provided a urine sample for routine drug testing, which came back positive for ‘Stanozol’ – an anabolic steroid banned as a performance-enhancing drug. Three days after the race, on September 27th, he was woken in the early hours of the morning to be told he was being sent home and would be required to hand the medal back.

Later that day and with rumours already circulating, Olympic officials confirmed the news, which shocked the world of athletics and cast a dark shadow over the games. Johnson was also stripped of the previous world records he had set amid suspicion that his steroid use was prolonged and banned from all competition for the next two years.

After Johnson’s disqualification, Lewis was moved up to the gold medal slot and credited with the new Olympic record of 9.92 seconds, while Christie moved up from bronze to silver and the bronze went to American Calvin Smith. Reaction to Johnson’s disqualification was summed up when a fellow Canadian competitor hung a bedsheet from his window in the Olympic village. On it he had written: “Hero to Zero in 9.79”.

Linford Christie said he felt sorry for Johnson as someone who had been a “great ambassador” for the sport, but added: “I’m also sad for athletics because this has been a bad day for us.”

Johnson initially denied using steroids and claimed that beer he drunk after the race (in order to produce urine for the test) had been spiked with Stanozol. Years later he admitted routinely using anabolic steroids, but claimed it was commonplace among the world’s top athletes and there was an atmosphere of “if you can’t beat them, join them”.

There could be some truth to this. Six of the eight finalists in the 1988 Olympic 100-metres final failed drug tests at some point in their careers, including Lewis and Christie. Most athletes knew how long before a race they needed to stop using a drug so that it wouldn’t show up in a test. Johnson’s coach also gave credence to the claim that his post-race beer was spiked when he said that Johnson never used Stanozol because it affected him badly, but instead preferred a different type of steroid.

Johnson returned to competition in 1991, after his ban elapsed, but never regained his previous form or the success it brought him. At the 1992 Olympics in Barcelona he didn’t even make it through the heats to reach the 100-metre final, which was won by Linford Christie in 9.96 seconds.

In 1993 Johnson again tested positive after winning a 50-metre race in France. This time the International Association of Athletic Federations – the sport’s governing body – banned him for life­ and he has not competed since.