Only a generation or two ago, the very mention of ‘tuberculosis’ or ‘TB’ would strike fear into whole communities across the UK.

In the developing world it remains the number one cause of death from an infectious disease, with about a quarter of the world’s total population thought to carry the infection. In 2016 there were more than 10 million cases of active TB, resulting in 1.3 million deaths, more than 95% of them in developing nations such as China, India, parts of Africa, Indonesia and Pakistan. 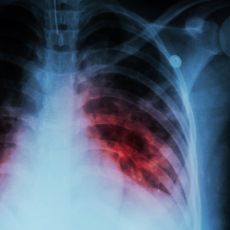 Here in the UK, the outlook is a great deal brighter. New data published by Public Health England (PHE) reveals that the number of people in England diagnosed with tuberculosis is at its lowest level since 1990, raising the hope that it will soon be consigned to the history books.

Tuberculosis is an infectious disease usually caused by the bacterium ‘mycobacterium tuberculosis’. It generally affects the lungs (but can affect other parts of the body) and classic symptoms of active TB include a persistent cough, including coughing up sputum containing blood, plus fever, night sweats and unexplained weight loss. It was this weight loss which gave it another historical name – ‘consumption’ – as if the disease was consuming the person afflicted by it.

Many people carry the TB bacterium without even knowing as most infections do not have symptoms and are known as ‘latent tuberculosis’. About 10% of these latent infections progress to the active disease which, if left untreated, will prove fatal in about half of cases, with the elderly or very young at greatest risk. Smokers and people in poor quality accommodation are also at increased risk, while in the past those living in heavily polluted industrial areas suffered greatly.

People with latent TB do not spread the disease, but someone with the active disease will transmit it through the air with coughs and sneezes. Even then it is fairly hard to catch and you would need to spend several hours in close contact with a person with infectious TB to be at risk of infection. It is also curable in the vast majority of cases, although early diagnosis improves the prognosis.

In fairly recent history in the UK, outbreaks of TB were commonplace and greatly feared, sometimes resulting in whole communities being quarantined to stop the disease spreading. The main weapons against TB in the modern world are public vaccination programmes and, for those infected, treatment with multiple antibiotics over an extended period of time.

In the UK, action by the NHS and other public health bodies has seen a 38% drop in new diagnoses of TB from 8,280 during the most recent peak in 2011 to just 5,102 in 2017 (the most recent figures available). In England, the incidence rate of TB is now just 9.2 per 100,000 people, taking the country below the World Health Organisation’s definition of a ‘low incidence country’ for the first time.

Public Health England has played a key role in driving down TB rates, working with NHS England and other partners to implement the ‘Collaborative Tuberculosis Strategy for England 2015 to 2020’. This includes raising awareness and tackling TB in specific populations, testing for latent TB in those arriving from countries with high rates of TB, and strengthening surveillance and monitoring.

Dr Sarah Anderson, Head of TB Strategy at Public Health England, said: “It’s hugely encouraging to see a continued decline in TB in England, which shows that the interventions we are putting in place are having an impact and will hopefully one day soon consign TB to the history books.”

But she also sounded a note of caution, saying: “While these new figures are positive, challenges still exist. The proportion of people who experience a delay between symptom onset and diagnosis remains stubbornly high. We are working across England to ensure that patients are diagnosed and treated as soon as possible to minimise the chance of long-term ill health and onward transmission.

“The risk factors for tuberculosis include homelessness, poor quality housing, alcohol and substance misuse. The new data indicates that nearly 13% of people with TB have a ‘social risk factor’ and that they are more likely to have drug resistant infections and less likely to complete treatment, prolonging the infection and increasing the risk of onward infection.”

Public Health Minister Steve Brine added: “We’re committed to keeping people healthy, and the steep decline of TB rates in this country is testament to our world-leading approach. However, in the UK the poorest are still seven times more likely to have TB than the most well-off and we have to drive down this inequality.”