Have you ever met the King of Finland? No, of course you haven’t, because he doesn’t exist. 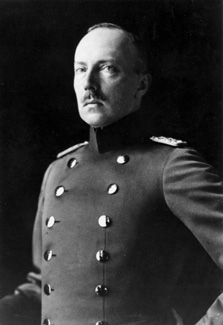 Until the previous year, Finland had been part of the Russian Empire, ruled over by a succession of Imperialist Tsars, but 1917 was a year of great change in Russia. It brought two socialist revolutions, immediately followed by a civil war between the various factions vying for power in their aftermath.

Finland, having long resented Russian rule, saw its opportunity and seized it, declaring independence on December 6th, 1917. It was a gamble that paid off, with the fledgling Soviet Russia far too distracted by its own internal feuding to take much notice, much less oppose Finnish independence. That only left the thorny issue of just what kind of independent nation Finland was going to be?

Just as in Russia, different groups had different ideas. The majority in the Finnish parliament were social democrats, known as ‘Reds’, who wanted ­– and initially declared ­– a Finnish republic, to be led by an elected president. Opposing them were the conservatives, known as ‘Whites’, who wanted a Finnish monarchy with a king as head of state. The two sides argued fiercely and, when that didn’t work, took up arms against each other.

The Finnish Civil War began at the end of January 1918 and lasted for just over three-and-a half months. Outside of Finland not that many people really noticed, since most of Europe was somewhat preoccupied with fighting the final year of the First World War. Despite being short-lived, the Finnish Civil War was a hard-fought affair, resulting in the deaths of about 36,000 Finns.

The Reds were supported to some extent by the new Soviet Russia while the Whites had the backing of the German Empire, but neither one was able to lend much assistance, each having their own bigger fish to fry. When the dust settled it was the Finnish Whites who emerged victorious, promptly expelling the Social Democratic Party from parliament and quashing its idea of a republican Finland.

Instead, on October 9th, the victors formerly offered a freshly-minted throne of Finland to its first king, Prince Frederick Charles of Hesse (pictured). The problem was, Prince Freddie was a German. While this might sound nonsensical today, there were good reasons for it at the time. Germany was the only international power which supported Finland’s tentative preparations for independence and there were close ties between the two nations.

Germany also backed the Whites in the Finnish Civil War, so when they won it was a shrewd move to offer the throne to a German prince. With its man on the throne as a figurehead, Germany would continue backing the conservative Whites in the actual business of ruling Finland. The only fly in the ointment was that Germany was fast losing the First World War. When it finally did so on November 11th, 1918, it effectively became powerless, its own future resting in the hands of the Allied powers which defeated it.

The Finnish Whites had backed a losing horse and suddenly found themselves with a king from Europe’s least popular nation. On top of that, Germany’s own king ­– Kaiser Wilhelm II – had now abdicated and his nation was declared a republic, the very thing the Whites opposed in Finland.

All was not entirely lost, as Prince Frederick Charles of Hesse, despite accepting the Finnish throne, had not actually gone there to sit on it and wear the crown. In fact, it’s debatable whether there was actually a throne to sit on and while plans had been drawn for a crown, it hadn’t yet been made. No doubt realising the tenuous nature of his kingship, Prince Frederick did the sensible thing and renounced the throne on December 14th, 1918, after just two months and five days as king.

Strictly speaking he wasn’t king at all, as there had been no coronation, but he was ‘king-elect’. Still determined to have their king, the Whites chose as his successor their own leader during the civil war, Baron Carl Gustaf Emil Mannerheim. He was appointed ‘Regent’ pending his coronation, but that wasn’t to be either.

In early March 1919 parliamentary elections were held in Finland. Three-quarters of the seats were won by republican parties, with the previously expelled Social Democratic Party winning 80 of the 200 seats to become the single biggest party in the new Finnish parliament. Plans for a Finnish monarchy now lay in tatters and in July 1919 Finland officially became a republic, with Kaarlo Juho Stahlberg elected as its first president.