Back in the days of Cold War espionage there was outrage 52 years ago today when it emerged that one of Britain’s most notorious double-agents had escaped from prison and was on the run.

George Blake was sentenced to a total of 42 years behind bars – the longest custodial sentence in British history at that point ­– in May 1961. Tried at the Old Bailey, he admitted five counts of passing on state secrets to the Soviet authorities while ostensibly working for Britain’s Secret Intelligence Service, MI6. 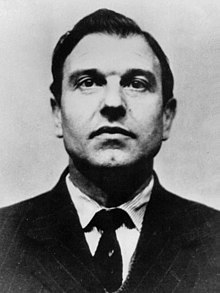 In reality, Blake was a double-agent working for the Soviets, having become a Communist while serving three years as a prisoner of war during the Korean War. At his request, his prison guards arranged a meeting with members of the Soviet Union’s spy organisation, the KGB, at which Blake volunteered to work for them.

Following his release in 1953, Blake returned to Britain a hero, resuming his work with MI6 and the following year marrying a secretary there. In 1955 he was stationed in Berlin, which gave him the perfect opportunity to regularly pass top secret material to his KGB handlers in East Germany. Initially no-one suspected the former war hero, but gradually cracks began to appear in his cover and when a series of former Soviet agents defected to the West, they brought with them information which pointed the finger at Blake.

Following his arrest and conviction he was locked up at Wormwood Scrubs, in London. He soon fell into the monotonous routine of prison life, but five-and-a-half years into his long sentence, Blake disappeared. At around 7pm on the evening of October 22nd, 1966, a routine check on his cell found it empty. Prison Officers soon discovered that bars across a window at the end of Blake’s landing had been sawn away and a rope ladder hung down inside the prison wall.

Having been a model prisoner, Blake was allowed privileges, including periods of ‘free association’ with other prisoners. He used one of these periods ­– a weekly Saturday film show – to make his escape. When news broke of the prison break, there was national outrage. During his nine years as a double agent, Blake had betrayed the names of more than 40 British agents, many of whom disappeared and were believed to have been executed. Not surprisingly, there was little sympathy for him.

A huge manhunt was launched, but there was no trace of Blake, leading to rumours that the Soviets had engineered his escape and whisked him out of the country. Those rumours were strengthened when he eventually resurfaced in Moscow, where he was greeted as a hero of the Soviet Union and given a state-owned flat and an official role with the KGB. He left behind his wife and three children in Britain, but she divorced him and he started a new family in Russia.

In 1990, Blake published his autobiography, “No Other Choice”, and received about £60,000 from its British publisher before the Government stepped in and confiscated a further £90,000 promised to him. He later accused the government of breaching his human rights by seizing the money and was awarded £5,000 in compensation by the European Court of Human Rights.

In his book Blake outlined his reasons for embracing Communist ideology, the main one being witnessing indiscriminate bombing of North Korean villages by American ‘Flying Fortress’ bombers during the Korean War. The Americans and British knew, he said, that these villages were occupied only by women, children and old men, as the young men were off fighting with the army.

More details of his escape also emerged, and it became clear the Russians were not involved. Instead he was helped by three men he met in prison – an Irish petty criminal with no love for the British, and two anti-nuclear campaigners. All three men became friends of Blake in prison and, believing his 42-year sentence to be inhuman, planned his escape following their own release.

It was masterminded by the Irishman, Sean Bourke, who smuggled a walkie-talkie to Blake so they could communicate. He also threw the makeshift rope ladder, with rungs made of knitting needles, over the prison wall to aid Blake’s escape. Afterward he spent time hiding in the homes of the other two men until he was smuggled across the Channel hidden in a camper van and made his way to the Soviet Union via East Germany.

Now 95, Blake continues to live in Moscow and, in a 2002 interview, described the years spent in Russia as “the happiest of my life”.