For decades, debate has raged in the UK over the legality and complex ethical issues around assisted suicide for people who believe their lives have become intolerable through illness or incapacity.

That subject was making headlines on October 31st, 1981, when the head of a pro-euthanasia group was jailed for two-and-a-half years. 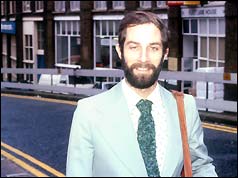 Nicholas Reed was the secretary of ‘Exit’, a campaign group previously known as the Voluntary Euthanasia Society and with its origins in the 1930s. He was found guilty on three counts of aiding and abetting suicide, plus one of conspiracy to aid and abet. His co-accused, Mark Lyons, was also convicted, but spared jail and instead given a two-year suspended sentence.

The pair were tracked down following the death of a woman who suffered from multiple sclerosis, an incurable and progressive disease which affects the nervous system. A routine post-mortem examination revealed she died from taking a powerful barbiturate drug along with alcohol. Two people who gave evidence at an inquest then identified Mr Lyons as a visitor to the dead woman’s house.

When police traced Mr Lyons and visited his London flat, they found thousands of pills and tablets, together with several diaries outlining visits to people who apparently wanted to end their own lives. Further investigations led to Mr Reed, national secretary of the campaign group ‘Exit’.

Under questioning, he described how he sent Mr Lyons on missions to “comfort and console” terminally ill people who contacted Exit expressing a desire to end their lives. But he claimed he had no idea that Mr Lyons was actively helping them to commit suicide by providing pills, other items or practical advice. The jury did not believe him, instead concluding that Reed and Lyons were conspiring together in aiding and abetting other people to commit suicide.

Passing sentence, the judge, Mr Justice Lawson, spared 70-year-old Mr Lyons a custodial sentence on the grounds of his age, and because he had already served 325 days behind bars while awaiting trial. He added that he believed Mr Lyons had learned his lesson, but warned him that: “If you get into trouble in the next two years you are going to cop it”.

There was no such leniency for the younger Mr Reed, who was taken directly from court to prison, although his sentence was later reduced on appeal to 18 months. Reaction to the case was divided, with pro-euthanasia supporters again calling for parliament to change the law, while those opposed to it on ethical, medical or religious grounds welcomed the sentences.

Exit released a statement reiterating its aim to get the law changed “so that everyone in Britain will have a right to medical help to secure an easy death if life has become intolerable because of incurable, painful or incapacitating illness”.

Following the convictions, the group reverted to its previous name of the Voluntary Euthanasia Society, but continued to campaign hard for a change in the law. However, in 1983 it withdrew a booklet it had previously published after its legality was challenged by the Attorney General. Called a “Guide to Self-Deliverance”, the booklet described various suicide methods.

In 2005 the group changed its name again, to the Campaign for Dignity in Dying. Devoted to lobbying for a change in the law on assisted dying, it claims to have more than 25,000 actively subscribing supporters and counts several high-profile figures among its patrons. It also cites a 2010 poll which showed 82% of those surveyed supported the choice of assisted dying for terminally ill and mentally competent adults. In 2002 the Netherlands became the first country to legalise voluntary euthanasia under specific conditions.

In the UK, taking your own life was decriminalised under the Suicide Act 1961, so that those who tried but failed to end their lives could not then be prosecuted. However, assisting someone else to end their life remained a criminal offence, regardless of the circumstances. The Act states that: “A person who aids, abets, counsels or procures the suicide of another, or attempt by another to commit suicide, shall be liable on conviction on indictment to imprisonment for a term not exceeding fourteen years.”

The thorny topic remains high on news agendas, with frequent attempts to change the UK law. They often take the form of legal challenges brought by people who are themselves suffering from a terminal illness and want help to end their lives in a manner and at a time of their own choosing, without the threat of criminal prosecution for the person who assists them.