A nudge which helped set the sixties swinging came on November 2nd, 1960, when Penguin Books was cleared of breaching the Obscene Publications Act by publishing an unexpurgated version of the notorious D.H. Lawrence novel “Lady Chatterley’s Lover”.

Though it might be seen as tame by today’s standards, Lawrence’s final novel was scandalous at the time, both for its frequent use of graphic language and also its central theme of an adulterous love affair between an upper class married woman and her aristocratic husband’s working class servant. 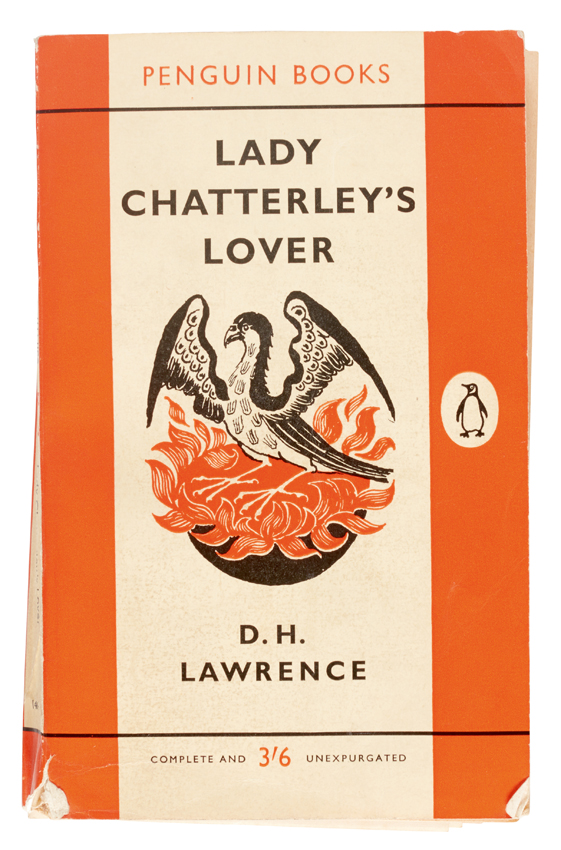 It was actually written more than 30 years earlier and had been previously published abroad and in a heavily censored version in the UK. When a new and less repressive Obscene Publications Act became law in August 1959, Penguin Books decided to test its limits with a limited print run of a full and unexpurgated version of “Lady Chatterley” in the UK.

As expected, it triggered a prosecution under the Act and the resulting court case, lasting from October 20th to November 2nd, would grip and entertain the nation. In order to be acquitted, Penguin had to show that the novel was a work of literary merit which would not “tend to deprave or corrupt persons likely to read it”.

Right from the off the prosecution was in trouble when its lead barrister Mervyn Griffiths-Jones showed himself and ‘the establishment’ to be woefully out of touch with ordinary people, everyday life and popular culture in 1960s’ Britain. Trying to make a point, he famously asked the jury: “Would you approve of your young sons, young daughters – because girls can read as well as boys – reading this book? Is it a book you would have lying around your own house? Is it a book that you would even wish your wife or your servants to read?”

He conceded that the author, Lawrence, was a writer of some stature, and that the book might have some literary merit. But he claimed the bulk of the novel was just padding for its graphic descriptions of sexual intercourse, even though they amounted to only a handful of pages.

Defence barrister Gerald Gardiner rubbished that claim, saying the book would not corrupt or deprave anyone and that it had serious points to make about British society at the time it was written, and which remained relevant. He went on to call 35 witnesses representing all sections of society and all convinced of the novel’s artistic, sociological and moral value.

At the end of the trial, the jury took just three hours to return a unanimous verdict of not guilty. Penguin Books could not have bought better advertising. Almost as soon as the trial was over, it began printing a second edition, which was “dedicated to the twelve jurors, three women and nine men, who returned a verdict of ‘not guilty and thus made D.H. Lawrence’s last novel available for the first time to the public in the United Kingdom”.

Three million copies flew off the shelves, with many readers left wondering what all the fuss had been about. Even so, the book’s publication and resulting trial is often cited as a turning point in British social attitudes, some claiming it marked the beginning of the so-called ‘permissive society’.

In a topical aside, just this week the copy of “Lady Chatterley's Lover” used by the judge who presided over the 1960 obscenity trial sold at auction for more than £56,000. Despite the prosecution’s contention that it was not a book you would want your wife to read, the judge’s wife clearly had.

She marked up the sexually explicit passages for her husband’s benefit and compiled a separate list on headed paper of the Central Criminal Court, noting page numbers of significant passages and adding her own comments and opinions on their content. That list was included in the auction lot, together with the blue-grey damask bag which the judge’s wife handstitched for him to discreetly carry the book into court every day.

The lot sold at Sotheby’s auction house for £56,250, more than five times its estimate, and set a new auction record for a Penguin paperback.