Plans to boost newspaper sales by publishing secretly taken photos of Princess Diana exercising at her gym backfired when her lawyers launched a legal action against Mirror Group Newspapers.

It happened 25 years ago today, in November 1993, during a period when the British and international press was enjoying a ‘feeding frenzy’ on news about the glamorous princess and her failing marriage to Prince Charles. 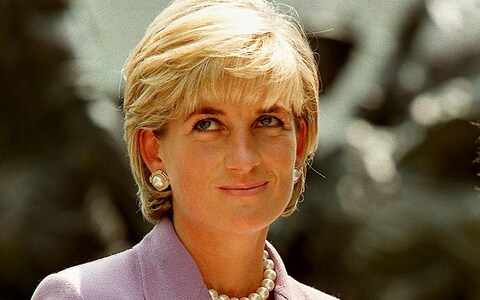 The previous year’s publication of Andrew Morton’s bestselling book “Diana: Her True Story” catapulted the princess’s private life onto newspaper and magazine front pages around the world. Though Mr Morton was tight-lipped about his sources, it was widely believed his information came directly from the princess herself – something which Mr Morton confirmed following her death.

While the princess had been keen to get her story out, the book and other articles about alleged love affairs ignited a media frenzy in which every aspect of her life was seen as ‘fair game’ for the press. It was unusual for members of the royal family to resort to legal action, so there was surprise when her lawyers issued writs against Mirror Group Newspaper (MGN) over the gym photos.

There was nothing particularly scandalous or revealing about the photos themselves, which showed the princess exercising in a floral print leotard worn over cycling shorts. She had often been photographed jogging in public wearing exercise gear, but the gym photos represented an intrusion into her privacy and a breach of trust because of the circumstances in which they taken then sold.

The photographer was Bryce Taylor, the New Zealand-born owner of the ‘LA Fitness’ gym where Princess Diana exercised. It was unclear if he took the photos to promote his business or simply to make money for himself by selling them to the press, but in any case he took them in a private setting without the Princess’s knowledge or consent.

The legal writs against Mr Bryce and MGN (which bought the pictures) sought a permanent ban on their future publication. In truth it was ‘shutting the stable door after the horse had bolted’ – as well as appearing in the Daily Mirror, the photos had already been published abroad, where it would be harder to legally ban them. Many commentators instead saw the legal action as a test case on what constituted an invasion of Princess Diana’s privacy and an attempt to set boundaries.

According to an MGN spokesman, sales of The Mirror and The Sunday Mirror, which both featured the photos, rose by more than 100,000, demonstrating a reader appetite for them. But the gain would be shortlived; following news of the legal action, a backlash of public outrage was directed at The Mirror, with calls for a reader boycott. Some large companies withdrew their advertising from MGN publications, in line with public opinion.

The whole episode highlighted a thorny dilemma for the press. While it was clear that a large section of the public was hungry (and willing to pay) for the latest news about Princess Diana, they would also quickly turn on the news provider if the Princess objected to it.

The legal action raised the prospect of the Princess giving evidence in a court case, but it wasn’t to be. Following the hostile reaction and a subsequent drop in sales, MGN issued a public apology to Princess Diana. It was also rumoured to have paid her legal costs and made a large donation to her favourite charities.

The following year the gym business also issued an apology, but it seemed the case might still go to court when Mr Taylor refused to give up his personal profits from selling the pictures, estimated at £300,000. Legal wranglings dragged on into February 1995 when it was finally settled less than a week before the court case was due to start. Under the out-of-court settlement Mr Bryce apologised and gave up the money he made, but it was rumoured that he received a payment for doing so from a member of the royal family.

Despite the case, press interest in Princess Diana did not decrease, even after her 1996 divorce from Prince Charles. If anything it increased and ‘paparazzi’ press photographers were initially blamed for the car crash which took her life in August 1997. It later emerged the true cause was the intoxicated state of the car’s driver, but there remained a strong belief that Diana had been ‘hounded by the press’ throughout her life in the public eye.