Today is the 30th anniversary of ‘World Kindness Day’, an international observance which encourages us all to spread a little kindness in our lives, not just on this day, but every day.

World Kindness Day is also used to highlight good deeds in the community, focussing on the positive power of kindness. It is built on the premise that kindness is a fundamental part of the human condition which bridges the divides of race, religion, politics, gender and location. 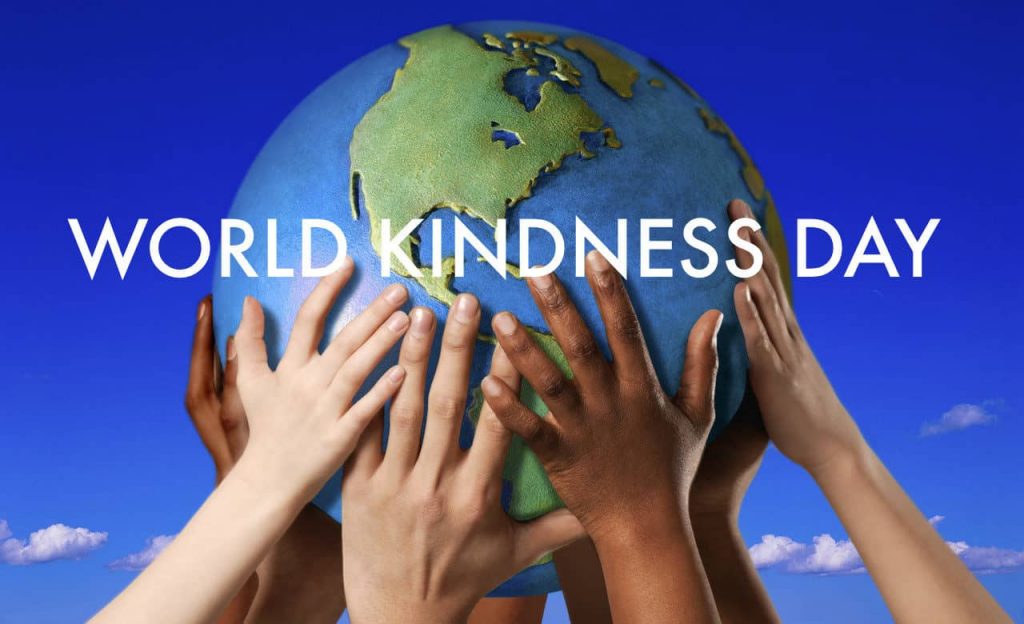 The international observance made its debut on November 13th, 1998, introduced by the ‘World Kindness Movement’ – a coalition of non-government organisations from several different nations all dedicated to promoting kindness. The first participants included Canada, Japan, Australia, Nigeria and the United Arab Emirates, but the idea soon grew, with other nations becoming involved year on year.

Here in the UK, the international event is celebrated through ‘Kindness Day UK’, which was co-founded in 2010 by social entrepreneur and humanitarian David Jamilly. He previously founded ‘The Good Deeds Organisation’ and teamed up with fellow humanitarian Louise Burfitt-Jones to launch Kindness Day UK. She had previously founded the ‘Cool to be Kind’ anti-bullying campaign in 2001 and the ‘UK Kindness Movement’ four years later.

Together they launched Kindness Day UK, which became part of the international annual event through its affiliation to the World Kindness Movement, the coalition of like-minded organisations which now encompasses 18 member nations. In the eight years it has been running, Kindness Day UK has continued to grow and is now celebrated by a range of charities, associations, businesses, schools, organisations, institutions and individuals across the UK.

The underlying aim of Kindness Day UK is to encourage everyone to carry out an act of kindness and take a small “pause for kindness” in which to value its importance. The hope is that, having experienced the positivity that flows from kindness and the good it does, people will want to repeat their acts of kindness and it will soon become a year-round habit, improving all our lives.

There is no monumental reason why November 13th was chosen as the date for World Kindness Day (and subsequently Kindness Day UK), except that it was the opening day of the first World Kindness Movement (WKM) conference, in 1998. In fact, any date could have been chosen, because those behind the initiative want people around the world to show kindness in word and deed on every day, not just one day each year.

That first WKM conference was held in Tokyo because Japan was already celebrating the 35th anniversary of its own ‘Small Kindness Movement’. The tradition of performing small kindnesses for others, especially strangers, was deeply ingrained in Japanese culture and the founders of the movement were keen it should be enhanced rather than eroded as Japan developed stronger links with the outside world.

Across the developed world, there is concern that as people become wrapped up in their own busy and increasingly technology-dominated lives, they could lose sight of the joy of human kindness and the benefits its brings to giver and receiver alike. In the wake of co-founding Kindness Day UK, David Jamilly went on to found ‘Kindness UK’ in 2011. It is an independent not-for-profit organisation which aims to make kindness a greater part of everyone’s day-to-day lives. You can find out more by clicking here.

Since its debut in 2010, Kindness Day UK has received significant support from a growing number of celebrities and public figures, who use their own high profile to promote its aims. They include Sir John Major, Gary Lineker, David Blunkett, Vanessa Feltz, Alan Titchmarsh, Peter Snow, Brian Blessed, Noel Edmonds, Jilly Cooper and Arlene Phillips. Many of its supporter also campaign on mental health issues, noting a strong link between routine acts of kindness and positive mental wellbeing.