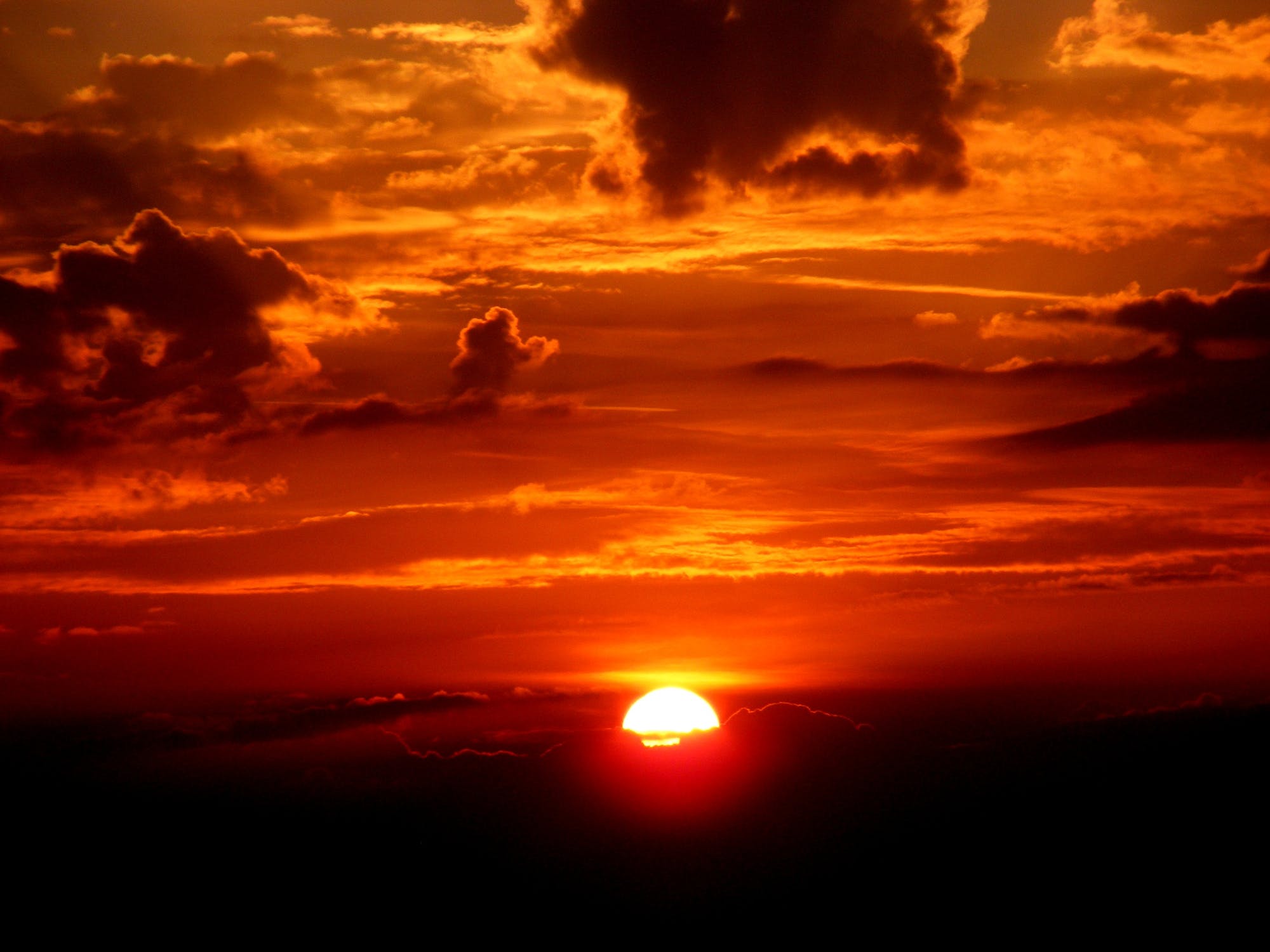 A great deal of common sense and worldly experience is encapsulated in proverbs. Today we’ll take a look at some beginning with the letter ‘R’:

Red sky at night; shepherd’s delight, red sky in the morning; shepherd’s warning: Here’s a longer than usual proverb which is as old as the hills and was probably passed on by word of mouth long before it was written down, sometime in the 14th century. You’ll also see it used in reference to sailors as well as of shepherds, since both professions take more than a passing interest in the weather. The meaning is fairly self-explanatory, that if you see a red sunset in the evening the next day will probably dawn bright and fair, while a red sunrise is a warning of wild weather on its way. Like most things weather-related, it’s far from foolproof, but the fact that is has survived down the long centuries is proof that it’s right more often than not. In fact, there’s some sound and well-proven meteorological science behind this proverb, all to do with red light from a low sun bouncing off a cloud-filled sky. Without getting too technical, it essentially means this proverb makes sense, so you’d do well to remember it you’re planning weather-dependent activities.

Rome wasn’t built in a day: Like the best proverbs, this one encapsulates a big idea in a nutshell. It means that any great and complex achievement will take time and, if it’s to be done properly, cannot be rushed. At the very heart of the Roman empire, the city of Rome was an architectural marvel of its age. Some of its most impressive buildings, including the Colosseum, still survive today, more or less intact. No-one knows just how long it really took to build Rome, partly because we don’t know when the city was founded, but one thing’s for sure – it wasn’t done in a day! Instead it took decades, centuries even. While most of our endeavours won’t take that long, some will take considerable time and when someone pressurises you to hurry along, replying with this proverb might just remind them of the enormity of the task. You could also whip out another proverb: If something’s worth doing, it’s worth doing well.

Revenge is a dish best served cold: Often associated with the Mafia, this proverb goes back a lot further, to at least the mid-19th century. It counsels that if someone wrongs you, don’t react immediately, without thought and in the heat of the moment. Instead bide your time, plan your revenge exquisitely, savouring every detail, then serve it up in cold blood, when your victim is least expecting it. It’s easy to make the popular association with the Mafia, which was strengthened when Don Corleone, the titular character in Mario Puzo’s 1969 novel “The Godfather”, tells an associate: “Revenge is a dish that tastes best when it is cold.” The writers of the 1982 Hollywood movie “Star Trek II: The Wrath of Kahn” claimed a different origin for this proverb. They had Captain Kirk’s nemesis, Kahn, asking him: “Kirk, old friend, do you know the Klingon proverb ‘Revenge is a dish best served cold’?”. Klingon or human, it remains one of the more chilling proverbs.

Rules are made to be broken: This proverb both questions the need for so many rules and at the same time justifies rebellious actions which bend or break them, sometimes out of necessity. It is most often attributed to American five-star general Douglas MacArthur, who played a prominent role in the Pacific campaign in the Second World War. His quote in full is that: “Rules are mostly made to be broken and are too often for the lazy to hide behind”. This adds another element, that some people shy away from doing what’s necessary because it’s ‘against the rules’, without ever questioning the validity of those rules. Whoever wrote ‘the rules’ cannot possibly have foreseen every circumstance to which they might apply, including those were it might become necessary to break them. General MacArthur didn’t originate this proverb, but he did live by it and it served him well enough. For him, and other mavericks like him, rules are more of a ‘guideline’.

A rolling stone gathers no moss: This is an unusual proverb in that its meaning can be interpreted in both negative and positive ways, depending on your point of view. On the one hand it means that a person who is always on the move and does not settle in one place will not accumulate wealth or status (probably its original meaning). On the other hand, neither will that person accumulate commitments and responsibilities which might weigh him down. So if your aim in life is to grow rich and respected in a particular society, then you’ll view a ‘rolling stone’ as a restless wastrel. But if you consider yourself a ‘free spirit’ who doesn’t want to be burdened by possessions or tethered by responsibilities, then a rolling stone is what you’ll aspire to be.