If you shop at ‘the Co-Op’ you might like to know that the venture which started it all began on Saturday December 21st, in 1844.

That was the day, 174 years ago today, that the “Rochdale Society of Equitable Pioneers” commenced business, establishing the blueprint for what would become a nationwide Co-operative movement. 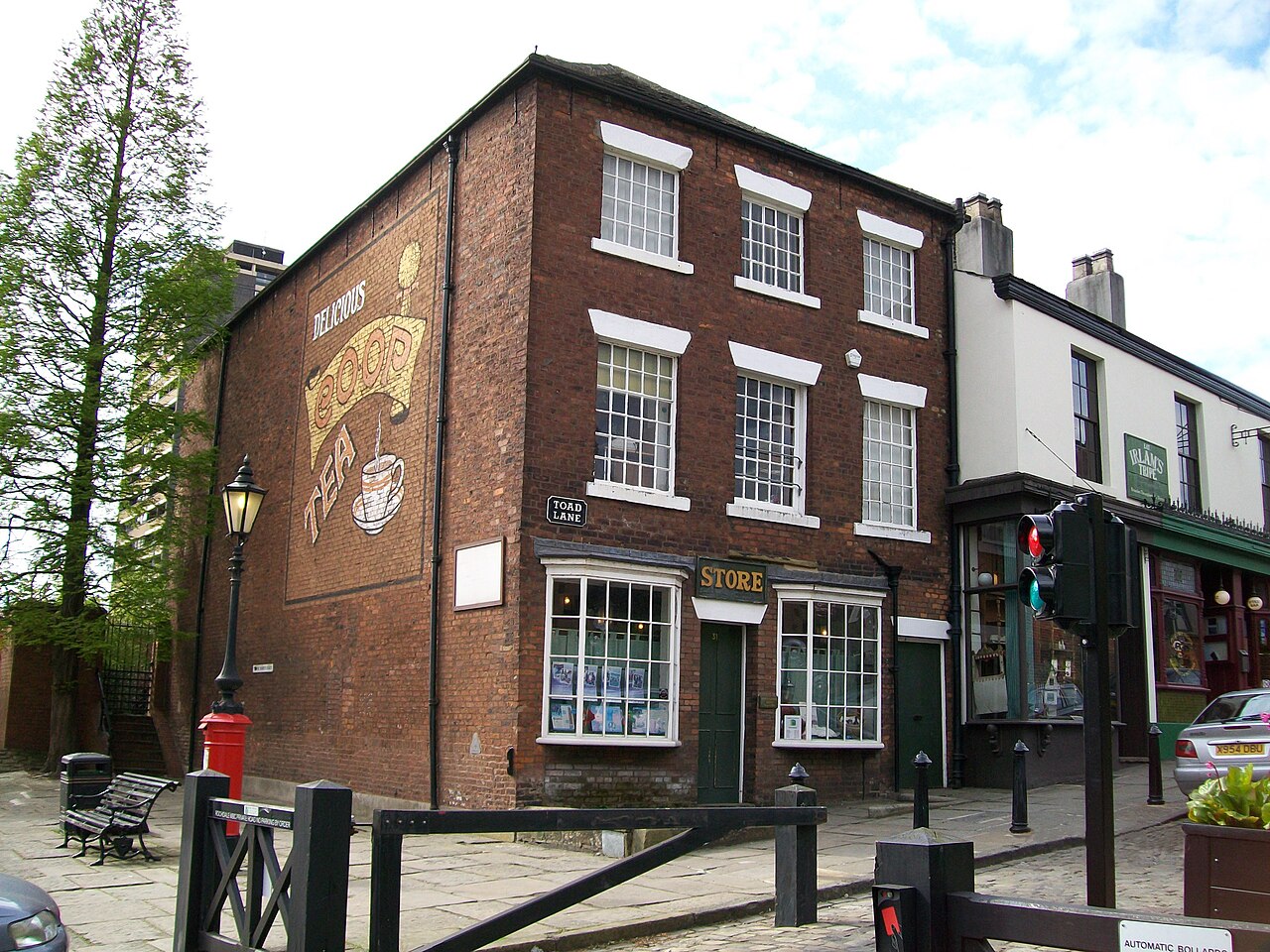 The Rochdale Society was an early consumer co-operative and one of the first to pay a dividend to its patrons. Similar societies preceded it, but crucially the Rochdale one was founded on a firm set of rules which would become known as the “Rochdale Principles” and form the prototype for hundreds of others to follow.

A group of 28 workers and tradesmen, around half of them weavers in the textile industry, started the Rochdale Society for the mutual benefit of all members. Increasing mechanisation in the Industrial Revolution was pushing skilled workers into poverty. By banding together, these 28 could pool their resources to set up their own store and buy in basic food items and other goods at trade prices, selling them on for a small profit which was then ploughed back into the ‘co-operative’ venture. If all went well, the store might eventually make enough profit to pay a dividend to its members, either in cash or ‘in kind’.

Having first studied previous failed attempts in other towns, the 28 founders carefully designed the Rochdale Principles to avoid foreseeable pitfalls. They struggled for four months to amass the £1 per member to build the £28 start-up cost – equivalent to about £3,500 today. The money was used to rent a small shop and stock it with a meagre selection of butter, sugar, flour, oatmeal and a few candles.

The first store, at 31 Toad Lane, opened on December 21st to very little fanfare, but a steady stream of customers. The main principles, originally called ‘the objects’, of the Rochdale co-operative society were:

Within three months, the first rented store in Toad Lane was doing well enough to expand its stock to include tea and tobacco. Some corrupt private shopkeepers maximised profits by selling low quality goods at steep prices and even ‘watering down’ their products. In contrast the ‘Co-op’ soon became known for selling high quality, unadulterated goods – after all, most of its customers were members.

Seeing the success of the Rochdale Pioneers, other co-operatives began to spring up in industrial towns, based on the same founding principles, first in the north of England but soon spreading nationwide. After just a decade, the British co-operative movement was almost 1,000-strng and continuing to grow.

The Rochdale co-op outgrew its original rented store in Toad Lane and moved out in 1867, but the Co-operative Movement later bought the premises to open as a museum in 1931, where you can still visit today. In 2012 a feature film, “The Rochdale Pioneers”, was released, chronicling the establishment of and early trials of Britain’s first truly successful ‘co-op’.

Over the years, most individual co-operative societies merged with others in their local areas and then regions, ultimately forming the Manchester-based nationwide society, The Co-Operative Group. Comprising a range of businesses including food retail and wholesale, electrical retail, financial services, insurance services, legal services and funeral care, it has more than 4,200 stores, many serving far-flung rural settings which other retailers do not consider commercially viable.

It is the largest consumer co-operative in the UK and owned by more than 4.5 million active members. Membership is open to everyone, provided they subscribe £1 in the capital of the society and share the values and principles upon which the group was founded.

Amid growing warnings of an approaching second wave of coronavirus, it’s essential that people continue to seek medical advice from their GP for other health issues and concerns.