By the 1960s Europe was at peace, but it was an uneasy peace. The post-war rise of the Soviet Union as one of the world’s two great superpowers made for a tense stand-off between it and the USA, heightened by the knowledge that conflict between the two would take on nuclear proportions.

In Europe there was similar tension between the communist east and capitalist west, a division symbolised by the Berlin Wall. It became known as the ‘Cold War’ and its most dangerous soldiers were the spies who covertly gathered and passed on top secret information. They might be senior figures in government or the armed forces who had been ‘turned’ to serve new masters… but they might also be the ordinary couple next door. 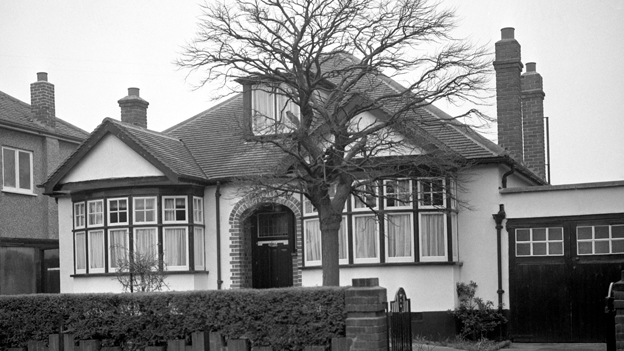 On January 9th, 1961, that second scenario was realised when news broke of the ‘Portland Spy Ring’ –­ a group of five apparently ordinary people who were, in fact, Soviet spies. It is thought they had been operating since the mid-1950s, but their downfall began in 1959 when the American CIA received information from one of its spies operating in Poland.

It said the Soviets were regularly receiving information about the Admiralty Underwater Weapons Establishment, based at HMS Osprey in Portland, on the Dorset coast. The CIA passed the news it British counterpart, MI5, which began to investigate. Suspicion soon fell on Harry Houghton, a former sailor now working as a civil service clerk at the naval base. He appeared to be living far beyond his known means, regularly changing his car, buying a new house and known for buying rounds at the local where he was a heavy drinker.

Agents learned he had a lover, Ethel Gee, who also worked at the base as a filing clerk and had access to documents which Harry didn’t. Surveillance revealed that the couple often visited London, where they met with a Canadian businessman, Gordon Lonsdale, and exchanged packages. Lonsdale, who supposedly dealt in jukeboxes and bubblegum machines, regularly travelled abroad on business, but MI5 agents suspected he had other motives.

They also observed him visiting a quiet middle-aged couple at their home in leafy Ruislip, Middlesex, identified as antiquarian bookseller Peter Kroger and his wife Helen, who were also put under discreet surveillance. As evidence against the five mounted, MI5 prepared to close the net.

The same Special Branch officers then went straight to Ruislip to visit the Krogers, telling them they would be taken to Scotland Yard for questioning. When Mrs Kroger asked if she could stoke the boiler before leaving, the senior officer, a veteran spycatcher, became suspicious. Checking her handbag, he found a number of ‘microdots’ – photographic negatives reduced to a tiny size – which she had no doubt planned to burn.

The microdots would be concealed in the print of Mr Kroger’s books and posted to ‘customers’ in Europe, eventually reaching the Soviet KGB. As well as documents stolen by Houghton and Gee, they contained letters written by Lonsdale to his wife, who clearly lived in the USSR with their children.

When charged with espionage, Gee and the Krogers initially protested their innocence, despite the mountain of evidence against them. Houghton tried to turn Queen’s Evidence in return for leniency, but was refused. Only Lonsdale maintained a disciplined silence, leading MI5 to believe he was a highly-trained KGB officer and head of the spy ring. Despite extensive inquiries by several intelligence agencies, nothing could be discovered about him before his arrival in Canada in 1954.

During the hotly-anticipated Old Bailey trial in March 1951, Houghton claimed he had been threatened and forced by mystery men to pass on secret material, but admitted receiving large sums of money for his ‘work’. Gee said she had gone along with it out of love for Houghton, her first lover after a lifetime being single. Both said they thought the information they stole was going to the Americans and that Lonsdale was actually an American naval commander named ‘Alex Johnson’.

Neither Lonsdale nor the Krogers took the stand, but in statements to the court Lonsdale claimed the Krogers were innocent and that he had hidden his spy equipment in their home, which he often looked after while they were away. It didn’t explain the fake Canadian passports for the Krogers found there and clearly intended for a quick getaway if they were discovered. It turned out the Krogers were actually Morris and Lona Cohen, renowned spies who had worked in the USA.

All five were convicted of espionage. Houghton and Gee ­– seen as the naïve ‘patsies’ of the spy ring – were each sentenced to 15 years in prison, released in 1970 and married the following year. The Cohens were sentenced to 20 years, but in 1969 they were exchanged in a ‘spy swap’ for a British citizen, Gerald Brooke, who had been arrested by the Soviets. Lonsdale, as the mastermind, was sentenced to 25 years, but served just three before he was exchanged for British spy Greville Wynne.

Once back in Moscow, Lonsdale – later identified as KGB officer Konon Trofimovich Molody – and the Cohens were celebrated as heroes of the Soviet Union, presented with medals and even appearing on postage stamps, although ‘Lonsdale’ died under suspicious circumstances in 1970. The Portland Spy Ring case heightened awareness of possible Soviet spies living quiet, unassuming lives in Britain. The police and security services received thousands of reports from concerned citizens suddenly suspicious of their neighbours and workmates. A handful of them proved well-founded.