WE'VE had water beds, air beds, pocket sprung mattresses and memory foam, but the latest innovation to promise you a perfect night’s rest could be a bed which gently rocks you all night long.

Sleep researchers in Switzerland have published results of studies which show that slow, gentle rocking throughout the night slows and synchronises brain activity, promoting better quality and longer lasting sleep. 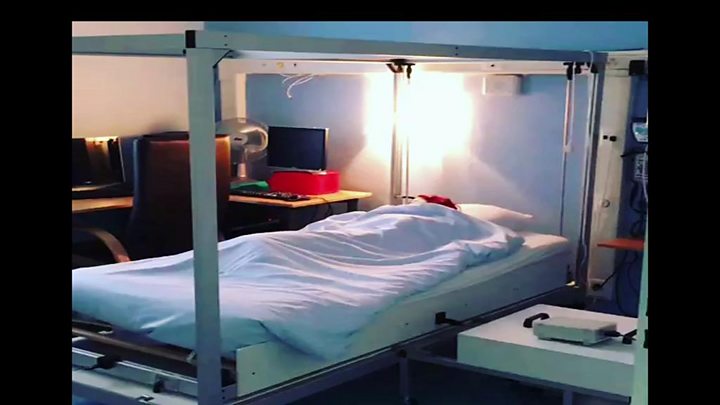 Anyone who has ever rocked a baby to sleep or taken a nap in a hammock knows that rocking promotes sleep – but why? To understand this phenomenon and the brain mechanisms involved, researchers from the universities of Geneva and Lausanne and from the University Hospitals of Geneva (HUG) conducted two studies: one on young adults and another on mice.

Their results show that slow and repeated movement throughout the night modulates brain wave activity, inducing deeper sleep and strengthening memory, which is consolidated during certain sleep phases.

In the first study, 18 healthy young adults spent three nights at the HUG Sleep Medicine Centre, one to acclimatise them to sleeping there, one on a specially-built gently rocking bed and one on the same bed, but in a still, non-rocking position. For each night, their vital signs – such as heartrate, respiratory patterns and brainwave activity ­– were monitored with electrodes.

Laurence Bayer, joint leader of the study, said: “A good night’s sleep means falling asleep quickly and staying asleep all night. We observed that our participants, although they slept well in both cases, fell asleep more quickly when they were rocked. In addition, they had longer periods of deep sleep and fewer micro-wakes, a factor frequently associated with poor sleep quality.”

“To see if this effect also affected memory, we subjected our participants to memory tests,” explained another of the researchers, Aurore Perrault. “They had to learn pairs of words in the evening and remember them in the morning when they woke up, and here too, rocking proved beneficial: the test results were much better after a night in motion than after a still night.”

A parallel study in Lausanne was carried on mice, this time by gently rocking their cages. Researchers found that, as with the human subjects, the mice fell asleep more quickly when their cages were rocked, and slept for longer. However, unlike in human beings, the quality of their sleep was not improved.

The mice study also helped researchers isolate the important role played by the ‘vestibular system’, which is located in the inner ear and manages balance and spatial orientation. It is this system which detects the gentle rocking and sends messages to the brain which then induce deep and beneficial sleep. More research is now being done in this area to better understand the connection between how the vestibular system detects and interprets the rocking stimuli and how the neural systems of the brain uses it to modulate brainwaves.

In the meantime, it’s surely only a matter of time before some enterprising manufacturer launches a rock-a-bye baby bed for grown-ups!

• To see a 20-second film clip of the scientists’ rocking bed, click here.