PRINCESS Elizabeth formally proclaimed herself Queen of Great Britain, Head of the Commonwealth and Defender of the Faith on February 8th, 1952, two days after the sudden death of her father, King George VI.

The 25-year-old princess had been enjoying a brief holiday in Kenya with her husband Prince Philip, prior to an official tour of Australia and New Zealand, when she received news of her father’s death. They were staying in a treehouse at the Treetops Hotel in Kenya’a Aberdare National Park, giving rise to the story that Elizabeth went up a tree a Princess and came down a Queen. 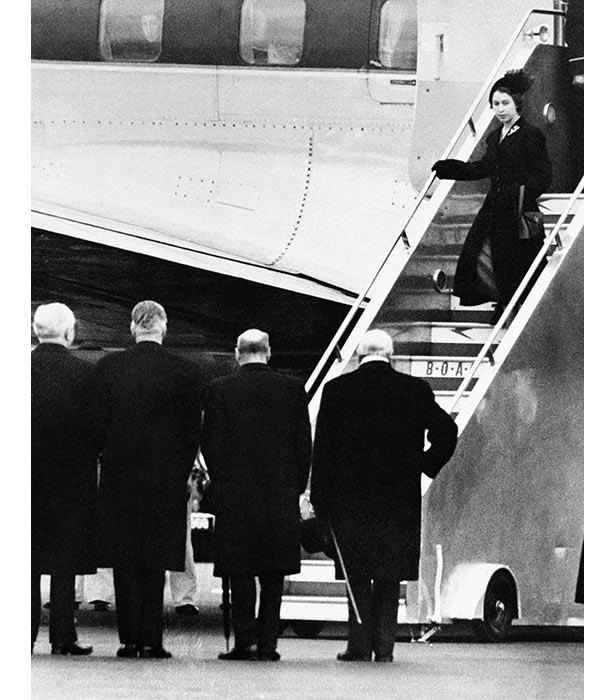 The king had suffered ill health for some time and died in his sleep, aged 56, after suffering a blood clot to the heart. Under the rules of accession, Princess Elizabeth, as heir-presumptive to the throne, became Queen at the moment of her father’s death, but there were still formalities to be observed. The first came 67 years ago today, with the official proclamation declaring her reign as “Her Majesty Queen Elizabeth the Second”.

Having flown back from Kenya, the young princess (pictured) made the proclamation during a 20-minute ceremony at St James’s Palace, where she was accompanied by her husband. In attendance were 150 “Lords of the Council” – members of the Privy Council of the United Kingdom, a formal body of advisers to the sovereign. Also there were delegates from many Commonwealth nations, representatives from the City of London, including the Lord Mayor, and various other dignitaries.

Despite the huge burden of responsibility now resting on her young shoulders, the new Queen read the proclamation in a clear and unfaltering voice. She said: “By the sudden death of my dear father I am called to assume the duties and responsibilities of sovereignty. My heart is too full for me to say more to you today than I shall always work, as my father did throughout his reign, to advance the happiness and prosperity of my peoples, spread as they are all the world over.”

After the Accession Declaration, the new Queen held her first Privy Council meeting during which her Proclamation was signed by the Lord Chancellor, the Prime Minister Winston Churchill, and several other privy counsellors. As part of the formal proceeding she was required to recite several historic oaths, including those to assure the security of the Church of England and the Church of Scotland as “Defender of the Faith”.

With the formalities over, the Queen was able to return to her family’s private grieving and making plans for her father’s state funeral. His body lay in state in the Great Hall in Westminster for four days, beginning on February 11th, with hundreds of thousands of people queuing to pay their respects. The funeral was held on February 15th, when the entire nation observed two minutes’ silence and was once again impressed by the composure of their new Queen under such trying circumstances.

It would be well over a year before the nation could see their Queen in happier circumstances, at her coronation in Westminster Abbey on June 2nd, 1953. The long delay was both to allow a suitable period of mourning for the king, but also to facilitate all the planning required for such a huge national event as the coronation. Among other things, it was the first ever to be televised, leading to a huge surge in the sale of television sets.

This month marked the beginning of the Queen’s 68th year on the throne, making her by some distance Britain’s longest-serving monarch in history.