IF you’ve ever been to the Orkney and Shetland Islands, you’ll know they owe as much of their heritage to Scandinavia as they do to Scotland, off whose northern tip they lie.

Indeed, the remote islands were settled by Norsemen in their longships and were part of Norway, ruled over by a Norse earl, or ‘jarl’. The title of Jarl of Orkney eventually became the most senior rank in medieval Norway apart from the king himself, but all that changed on February 20th, 1472. 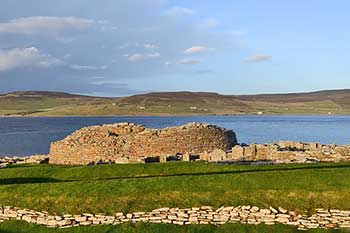 Since the days of the Vikings there had been strong trade links between Scandinavians – also known as ‘Danes’ or ‘Northmen’ – and the Celts and Saxons of Scotland and England. Sometimes thing went smoothly and at other times, not so much, with frequent fallings-out over territory leading to outbreaks of violence and fragile deals hammered out to resolve them.

By the 15th century there was an uneasy peace between Scotland and the Norsemen, but some territorial disputes rumbled on. For example, there was a running feud over a debt which Scotland owed to Denmark concerning taxation of the Hebrides, formerly under Norwegian control but now administered by the Scottish “Lords of the Isles”.

One way to resolve disputes between two feuding sides was to bind them together through marriage, and that is what King Charles VII of France proposed to resolve the Scotland-Denmark feud. It was suggested that Margaret – the young daughter of King Christian of Denmark, Norway and Sweden – should marry King James III of Scotland, who was only about five years older than her.

The match was agreed and in 1468 Margaret of Denmark was betrothed to the Scots king, with the couple married in July the following year at Holyrood Abbey, in Edinburgh. Margaret was just 13 at the time and James about 18. On their marriage all of the Scottish debt over the Hebrides was cancelled, but one problem still remained.

It was expected that any bride marrying into a noble family would bring with her a considerable dowry ­– a gift of wealth, property or land given by her family. Indeed, many sons of impoverished nobility were married off for the sorely-needed dowries their new brides would bring. The problem was that King Christian was having what we might these days call a “temporary cashflow crisis” and could not muster a suitable dowry for his daughter.

To enable the marriage to go ahead as planned, he had to promise to provide the dowry at a later date, but the promise alone was not enough. It had to be backed up with some form of security – a “plan B” in case the promised dowry never materialised. In this case, that security was the “Nororeyjar” – the earldom of the Orkney and Shetland Islands. In effect, King Christian pawned the islands to Scotland, hoping he could redeem them later by coming up with his daughter’s dowry.

King James, keen to extend his lands and influence, hoped his new father-in-law could not. In 1470, the year after his marriage, he persuaded the sitting Jarl, William Sinclair, to give up his claim to the Orkneys and Shetland in return for more hospitable lands in Fife, including the newly-built Ravenscraig Castle. That left the islands technically still a Norwegian earldom, but in hock to Scotland and without an earl.

Two years later it had become clear that the promised dowry was unlikely to ever be paid, so King James declared the islands forfeit in lieu of it. The ownership of the Orkney Islands and Shetland Islands officially transferred to Scotland 547 years ago today, on February 20th, 1472, and they have been Scottish ever since. As for Queen Margaret of Scotland, she bore three sons to her husband, including his namesake and heir King James IV, but more out of duty than affection.

The royal couple apparently did not get on and eventually became estranged, living apart, although Queen Margaret doted on her children. She was well-liked by the Scottish people, described as beautiful, gentle and sensible, while her husband was an unpopular and ineffective monarch, disliked by his people for doggedly pursuing an alliance with England while constantly falling out with his own countrymen.

Margaret fell ill in 1486 and died at Stirling Castle at the age of 30. Two years later, in June 1488, her estranged husband was killed in battle when a sizeable number of his fellow Scots rose up in rebellion against him, replacing him on the throne with his eldest son, who sympathised with the rebels. The dead king was laid to rest in his late wife’s grave at Cambuskenneth Abbey, near Stirling. Although the abbey later fell into ruin, the grave was enclosed and restored in 1865 at the expense of Queen Margaret’s descendant, Queen Victoria.