CAN it really be 10 years today since we lost one of the best-known faces on British TV, much-loved and missed actress Wendy Richard?

Sadly it can, as the original cast member of “EastEnders”, who also played a string of memorable comedy roles, died from breast cancer on February 26th, 2009, at the age of just 65. 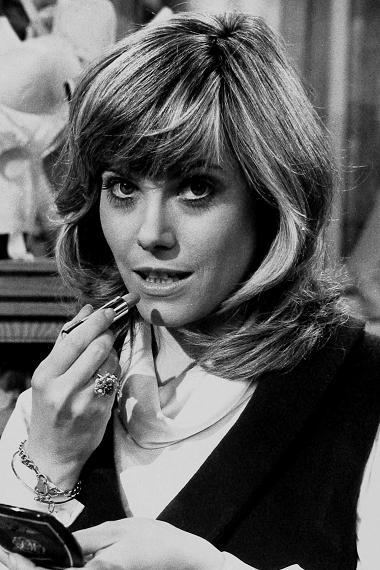 Known for being the archetypal cockney, the actress was actually born Wendy Emerton in Middlesbrough in the North Riding of Yorkshire in July 1943. She was the only child of publicans Henry and Beatrice Emerton, who ran the town’s Corporation Hotel, but she was still a babe in arms when her family moved south again. They went first to Bournemouth then the Isle of Wight, then to London, where they ran the busy Shepherds Tavern in Shepherd Market in the city centre.

As a child, her education was interrupted several times as her parents moved to run other pubs in various parts of London, but tragedy struck at the end of 1954 when her father committed suicide. She was just 11 and discovered his body. After that she was enrolled at the Royal Masonic School for Girls in Rickmansworth, as her father had been an active Freemason and the organisation helped with school fees. However, she didn’t enjoy life there, finding it too full of rules, and left at 15.

Throughout her teens she dreamed of becoming a ‘continuity girl’ in the new medium of television, or a film star. To further her dreams, she enrolled at the Italia Conti Academy of Theatre Arts, helping to pay her way by working in the fashion department at Fortnum and Mason – a job which no doubt provided valuable experience for her best-known comedy role. While still studying at Italia Conti, she had her first small roles on TV, appearing in crime drama “No Hiding Place” and on a Sammy Davis Jr television special.

In 1961 she played a teenager in one of the first TV drama serials aimed at children, “Stranger on the Shore”. Its theme music was a haunting tune called “Jenny”, played by clarinettist Acker Bilk, but the recording was renamed, taking the same title as the show, and spent 55 weeks in the UK singles chart. The following year Wendy also got into the charts, her distinctive cockney vocals helping Mike Sarne’s novelty record “Come Outside” hit the number one spot.

Having changed her stage name to Wendy Richard, the up-and-coming young actress became known to TV audiences through playing Joyce Harker, a supermarket till girl in the BBC soap opera “The Newcomers”, which ran from 1965 to ’69. She also popped up in various comedy cameos, often typecast as a glamorous but not-too-bright girlfriend. For example, she was Private Walker’s girlfriend Shirley in “Dad’s Army” and appeared in “The Likely Lads”, “Up Pompei”, two of the “Carry On…” films (Matron and Girls) and the film versions of “On The Buses” and “Bless This House”.

Her best-known comedy role began in 1972 and lasted 13 years, playing junior sales assistant Miss Brahms in all 10 series of “Are You Being Served?” and its 1977 spin-off feature film. She was now so firmly established as a comedy actress that many viewers were surprised to learn that Wendy Richard would play a pivotal role in a gritty new soap opera set in London’s East End.

Yet she displayed her true range as Pauline Fowler, the no-nonsense matriarch of the Fowler family in “EastEnders”, playing the role from the very first episode on February 19th, 1985, until her character’s dramatic death at Christmas 2006. By coincidence, the first ever episode of EastEnders was transmitted the day after the first episode of the final series of “Are You Being Served”. It ended in April 1985, with Wendy Richard seen in both contrasting roles for seven weeks and later taking time out from “EastEnders” to appear in “Grave and Favour”, the spin-off series from “Are You Being Served?”, which ran for two series in 1992/93.

As Pauline Fowler, Wendy Richard became a pillar of British drama for almost 21 years, awarded an MBE for services to TV drama in the 2000 Queen’s Birthday Honours. She finally left EastEnders because she disliked the direction its writers were taking her character in, particularly after Pauline remarried. Away from the screen, the actress was treated twice for breast cancer, in 1996 and 2002, but after treatment and years in remission it was reported in late 2008 that the cancer had returned.

This time she would not beat it, passing away during treatment in a Harley Street clinic on February 26th, 2009. Her husband, who she married in October 2008 after 12 years living together, was at her bedside. Although she married four times in total, she had no children. In July 2009, David Croft ­– the writer of “Are You Being Served?” unveiled a Heritage Foundation blue plaque at the star’s childhood home of The Shepherds Tavern in a ceremony attended by numerous fellow entertainers.