BEER will be drunk in Iceland today… a lot of beer!

Because today is “Beer Day”, marking the 30th anniversary of the end of a prohibition which banned all beer in Iceland for 74 years. When that prohibition was finally lifted on March 1st, 1989, many Icelanders celebrated in style, and every March 1st since then has been known as Beer Day, celebrating the yeast-fermented malt and hops brew in its many forms. 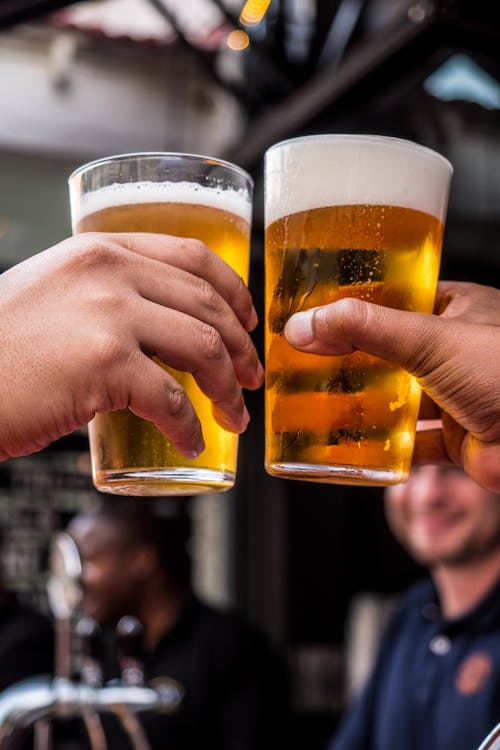 All alcohol was banned in Iceland in 1915, amid fears that parts of the population were becoming dependent on it and made lazy and incompetent by its effects. There was a burgeoning movement for full independence from Denmark (achieved in 1918) and those leading it wanted to promote Iceland as a hardworking and industrious nation capable of governing itself. The idea of abstinence from alcohol fitted well with their aims and ideals.

Beer was the chief target of prohibition campaigners because it was the most widely available form of alcohol, especially to young Icelanders in remote rural areas who could easily become hooked on it, especially in the long, dark winter months. However, wine and spirits were also covered by the original ban.

It was partially lifted in 1921 for purely economic reasons – Spain refused to buy Iceland’s main export, fish, unless Iceland in turn bought Spanish wines. This meant the ban on wine had to be lifted, though the imported Spanish wines only had limited distribution throughout the country. The prohibition was weakened further in 1935, when a national referendum came out in favour of legalising spirits.

However, the ban on strong beer (with an alcohol content of more than 2.25%) remained firmly in place. That created the peculiar situation where distilled spirits and wines, both higher in alcohol content than beer, were legal, but the ban on beer remained. Iceland was no longer a nation of alcoholic abstinence, but you couldn’t buy a beer.

Actually, you probably could, depending on where you lived and who you knew. As in virtually every nation where prohibition has been tried, illegal brewing and smuggling of illicit booze was widespread. This was especially the case in far-flung parts of the sparsely populated Nordic nation, where the long arm of the law struggled to reach. Even where communities had a resident policeman, he would often turn a blind eye to low-level flouting of the beer ban – after all, he had to live there too.

By the 1970s and ’80s, increased international travel was putting more Icelanders back in touch with beer and there was a growing movement to overturn the ban. A series of bills were put forward in the Icelandic parliament, but were defeated on technical grounds by pro-temperance politicians who were increasingly out-of-touch with the population.

By now many pubs were adding legal spirits to legal non-alcoholic beer to get around the ban by making a potent imitation of strong beer. When this was outlawed in 1985 through a bill promoted by a teetotal government minister, the move backfired, with growing calls to scrap the beer ban altogether. It finally happened in 1989 when a full turnout of the Icelandic parliament’s upper house voted 13 to 8 in favour of ending prohibition.

It came into effect on March 1st that year, when beer flowed freely and legally in Iceland’s pubs and bars for the first time in 74 years. Almost all that beer was imported, but since then several Icelandic breweries have been established.

Today, March 1st is known as Beer Day in Iceland, commemorating the end of prohibition. Participating Icelanders enjoy a celebratory “rúntur” (pub crawl), with many bars remaining open until 4am the next day. Beer is now Iceland’s bestselling alcoholic beverage and the Beer Day tradition has even been exported to the USA, where it is known as Iceland Beer Day, or simply IBD. So, as they say in Iceland, “Skál!” (Cheers!).