A cog railway uses a locomotive which drives a large cog whose teeth mesh with a central ladder track laid between the two rails for the loco’s wheels. As the cog turns, the loco pulls itself along the track. Another name for this simple but reliable system is ‘rack and pinion’, and it’s the same technology at the heart of an Acorn Stairlift!

The Mount Washington Cog Railway – also known as “The Cog” – was built on a three-mile track up the western slope of Mount Washington, in New Hampshire, USA. It was the brainchild of businessman and amateur engineer Sylvester Marsh, who grew up in the nearby town of Campton and first had the idea while climbing the mountain in 1852.

He thought a railway would attract large numbers of tourists to the area, keen to ride up the highest peak in the northeast USA and enjoy the magnificent views from its summit. Despite that, his plan was initially thought insane. When he sought a charter (permission to build his railway) from the state legislature, one of its members said he should be given a charter not only up Mount Washington, but also to the Moon, because it was just as likely to succeed! To this day, it is still sometimes called the “Railway to the Moon”.

In the end, the legislators agreed to the plan because, while they saw little chance of it succeeding, it could do little harm to try. Marsh was also willing to put $5,000 of his own money into the scheme, impressing the bureaucrats with his confidence.

Marsh obtained his charter in 1858, but had to put his plans on hold due to the American Civil War. He returned to the project in May 1866, when he developed a prototype loco and short section of demonstration track. The steam-powered loco was designed specifically to operate on steep inclines, using a vertical boiler mounted in a frame so that it could pivot to always remain upright.

Using his demonstration model, Marsh found investors who shared his vision and construction finally began, the route closely following an established trail. As well as the track, the project included various workshops, stations and other buildings, including a hotel for the expected tourists.

Construction workers tired of trudging down the long track after a day’s work devised hair-raising contraptions called “Devil’s Shingles”. These were wooden ‘slideboards’ incorporating a cog to run in the central track, with only rudimentary braking systems. The average time to descend the mountain on a “Devil’s Shingle” was 15 minutes, but the record was under three minutes, at a death-defying average speed of 62mph!

By the late summer of 1868, the first paying customers were already riding part of the incomplete railway, which reached the summit in July 1869. A month later, on August 29th, came the official opening and, just as Marsh predicted, curious tourists were soon flocking to Mount Washington as news of the innovative railroad spread.

It took about 65 minutes for a steam loco pushing a carriage of 70 passengers to reach the summit, and about 40 minutes to descend, all for the princely sum of $3 in 1869. Since 2008, locos running on environmentally-friendly biodiesel have been used in addition to historic steam engines. Today, the popular visitor attraction operates narrated three-hour round trips up and down the mountain, including an hour to explore the visitor centre at the summit and take in the views. 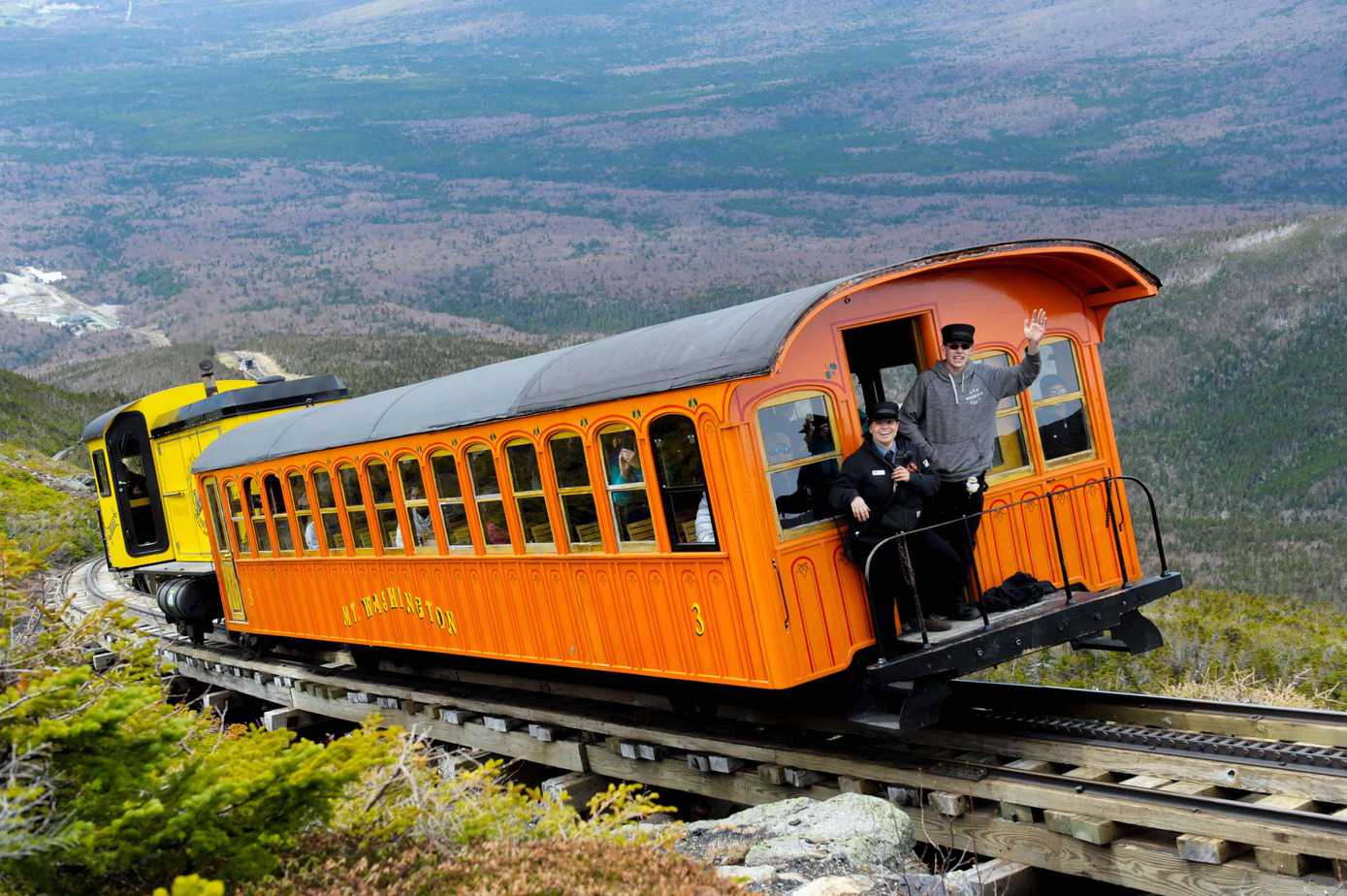 In its 150-year existence, The Cog has carried well over five million passengers to the summit of Mount Washington, with only two serious accidents. The first came in 1929, during an event to mark its 60th anniversary. Its operators had tracked down and restored one of Marsh’s original steam locos, nicknamed “Old Peppersass”, and planned to run it up the track again.

During the ascent it’s front axle broke and the loco began descending at high speed. Most of the crew jumped to safety, but one died when the loco crashed and was smashed to pieces. It was later rebuilt and is now on static display at the foot of the railway.

A second and more serious accident happened in September 1967. Eight passengers were killed and 72 injured when a loco derailed and tumbled off an elevated trestle about a mile below the summit. The uncoupled passenger car then slid several hundred feet back down the mountain, gaining momentum before crashing into a large rock.

Despite these mishaps, The Cog has a remarkably good safety record over its long history, with improvements in technology boosting safety still further. A series of celebrations are planned to mark its 150th birthday today. You can find out more about this remarkable railway by clicking here to visit its website.