After planning for more than 18 months, building a total of three prototype balloons and one failed attempt which nearly blew their secret plan wide open, the eight members of the Wetzel and Strelzyk families finally made it to freedom at around 2-30am on September 16th, 1979. 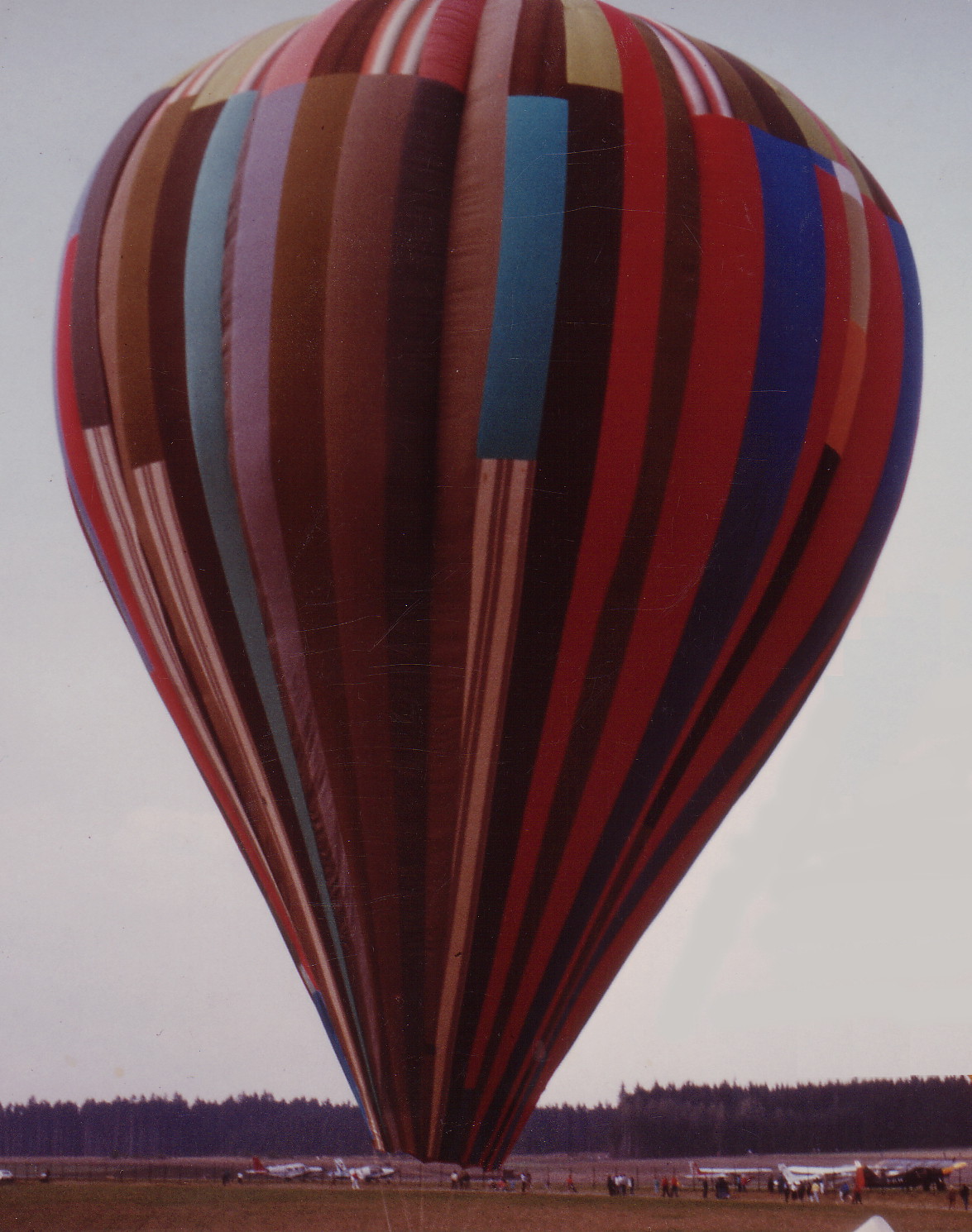 Peter Strelzyk and Gunter Wetzel worked in the same plastics factory on the eastern side of the border, which had been under harsh communist rule since Germany was divided at the end of the Second World War. Both men dreamed of fleeing with their families to the more affluent west, where they could build better lives and enjoy more freedom, but in their way stood a heavily fortified border with high metal fences, armed guards, watchtowers and landmines.

They considered various schemes before realising they might actually stand a chance with a hot air balloon, having been inspired by a television programme on ballooning. Their plans had to be made in top secret, as spies for the ‘Stasi’ – the East German secret police ­­– were everywhere.

Together they researched balloons, working out how big theirs would need to be to carry themselves, their wives and their four children, aged from two to 15. They realised they would need around 850 square metres of cloth and drove more than 30 miles to the nearest city to buy it from a department store. They told the astonished clerk they needed so much material to line the tents owned by their camping club!

Wetzel spent the next two weeks sewing the cloth into a balloon using a 40-year-old treadle-operated sewing machine, while Strelzyk fabricated a makeshift ‘gondola’ to carry the passengers It had a sheet metal floor with an iron post at each corner and several washing lines wrapped around the posts to make the sides. They also made a rudimentary burner from two household propane gas canisters, hoses, water pipe and a length of stove pipe.

Sadly, it was all in vain; their attempts to inflate the balloon late at night in a secluded forest clearing were hopeless. They even built a blower from a 250cc motorcycle engine to force air into the balloon while heating it with a homemade flamethrower, but to no avail. The cotton fabric they had bought was too porous and leaked air massively. Strelzyk was forced to burn it in his furnace over several weeks while they went back to the drawing board.

Before trying again, they tested various types of fabric from local stores, eventually settling on a synthetic type of taffeta. This time, to avoid suspicion, they drove 100 miles to Leipzig to buy the material with a cover story that they were making sails for their sailing club. They feared the unusual purchase would alert the Stasi, but they made it home with 800 metres of the material in metre-wide rolls. This time it only took Wetzel a week to sew the balloon, after adapting the old sewing machine by attaching an electric motor.

Once again hidden deep in the forest, the balloon inflated quickly, but the burner couldn’t produce enough heat for lift-off. When various experiments failed, including doubling the number of propane tanks, Wetzler became disillusioned. He had already spent most of his family’s meagre savings on buying materials and decided to abandon the project.

Strelzyk persevered and discovered by inverting the propane tanks he could create more pressure and a much bigger flame capable of heating the air fast enough for lift-off. On July 3rd 1979, the entire Strelzyk family lifted off at 1-30am from the forest clearing and began their flight to freedom. They reached a height of 2,000 metres and all went well until the balloon hit heavy cloud. Water vapour from the cloud condensed on the balloon material, making it so heavy it started to descend, landing only 180 metres from the heavily-mined border zone – still on the East German side.

Fearing imminent discovery, they abandoned the balloon and all their equipment, managing to sneak home just in time to report absent from work and school due to sickness. Strelzyk destroyed everything connected with the balloon and even sold his car in case it could be traced to the buying trips. For the next few weeks he feared for his family’s safety as the Stasi advertised for information leading to “the perpetrator of a serious offence” and listed the items recovered from the crash site.

Believing it was only a matter of time before the authorities traced the balloon to them, Strelzyk and Wetzel agreed their best chance was to build another balloon and get out as fast as possible. Now it was all or nothing, but at least they knew it could work. They decided to double the balloon’s size, travelling far and wide to buy lengths of the synthetic taffeta in all colours and patterns from different locations to avoid suspicion. They built a new gondola to the same design and an improved burner system.

Late on September 15th, with weather and wind conditions favourable, they travelled to the forest clearing and quickly inflated the new balloon. There was a scare when part of the material caught fire as the balloon tilted, but they manage to put it out with an emergency fire extinguisher. At 2am they lifted off, climbing to 2,000 metres to avoid searchlights, but braving a temperature of -8°C.

They were high enough to show up on radar, but the slow-moving object could not be identified and was too high for searchlights to pick it out. There was near disaster when a split opened up in the balloon and the air rushing out extinguished the burner flame, meaning Wetzel had to relight it several times with a dwindling supply of matches. The split meant they had to use the burner more than planned to keep the balloon aloft and the propane soon ran out.

As they descended they made out a border crossing below but were still unsure which side of the border they were on. A heavy landing followed soon after, with Wetzel breaking his leg but all the other passengers uninjured. Strelzyk carefully scouted the scene and was only sure they had made it when two Bavarian State Policemen turned up in an Audi. They had landed six miles into West Germany and were free.

News of the intrepid escape made international headlines. It was embarrassing for the East German authorities, who imprisoned several relatives of the two families on trumped up charges of aiding and abetting them. They were eventually freed when the charity Amnesty International intervened.

New rules were brought in restricting sales of propane and large quantities of materials suitable for a balloon, which had to be officially registered. Two feature films later dramatized the story. The first, a 1982 effort from Disney, was fanciful, but the other, a German-made film released just last year, met with the approval of both families for telling their story as it really happened. The multi-coloured homemade balloon is now on permanent display at the Museum of Bavarian History.