As any parent (or grandparent) knows, getting the kids to eat their vegetables can be an uphill struggle!

For most people, our tastes change as we mature and those once-hated Brussels sprouts can magically turn into a tasty Christmas treat. Other veggies too can become an ‘acquired taste’ as we grow older, forming an important part of a healthy balanced diet. 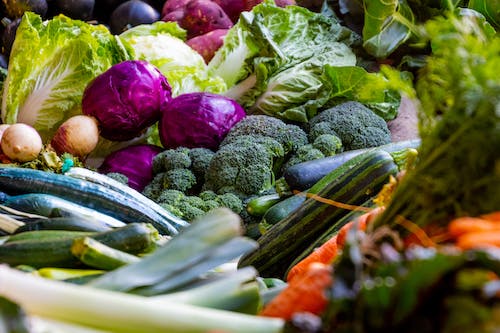 But for some people, the veggies will always be left untouched on the side of the plate, while being forced to eat them as a child remains an unpleasant memory. It’s too easy to think of these people as ‘fussy eaters’, but according to new research from America, their vegetable revulsion could be all in the genes.

Carried out by the University of Kentucky School of Medicine, the research suggests some people are ‘genetically wired’ to dislike certain foodstuffs, including many vegetables. Inheriting two copies of a specific gene means that, for them, certain foods taste extremely bitter and unpleasant. As well as vegetables such as broccoli, cauliflower and sprouts, other things which will repel them could include coffee, beer and dark chocolate.

Here’s the science bit: Everyone inherits two copies of a taste gene known as ‘TAS2R38’. It encodes for a protein in taste receptors on the tongue which allows us to recognise bitter flavours. In evolutionary terms, recognising bitterness could help protect humans from digesting poisonous things, many of which taste bitter.

However, in some people, the TAS2R38 gene varies. One variant, called ‘AVI’, reduces sensitivity to bitter tastes, while another, called ‘PAV’, enhances it. People who inherit two copies of the PAV variant gene will find the chemicals in certain foods exceptionally bitter and unpleasant.

The problem for them, in health terms, is that they will naturally avoid some foods, such as leafy green vegetables, which are good for the heart. It can prove very difficult for people with two PAV variant genes (who are sometimes called “super-tasters”) to get their recommended ‘five-a-day’ intake of fruit and veg, simply because most fruit and vegetables are abhorrent to them.

The scientists in America found the “super-tasters” in their study group typically ate only small amounts of leafy green vegetables, or none at all, which could be problematic for their general health. The message from the research for medical practitioners is that it’s not always helpful to advise a patient to “eat more fruit and veg”.

Lead researcher Dr Jennifer Smith, speaking at a meeting of the American Heart Association, told fellow medics: “You have to consider how things taste to your patients if you really want them to follow nutrition guidelines.”

Once someone is recognised as having a genetic aversion to certain foodstuffs and their tastes, there are options available to ensure they still get the vitamins and nutrition their body needs. One route is through supplements, but researchers are also exploring ways to mask the bitter taste of certain foods without decreasing their nutritional value.