The traditional supper of haggis with mashed potato and mashed turnip is an essential part of the annual celebrations, held each year on January 25th to mark the birthday of Robert ‘Rabbie’ Burns. Today’s events mark 261 years since the birth in 1759 of the man widely regarded as Scotland’s national poet and lyricist. 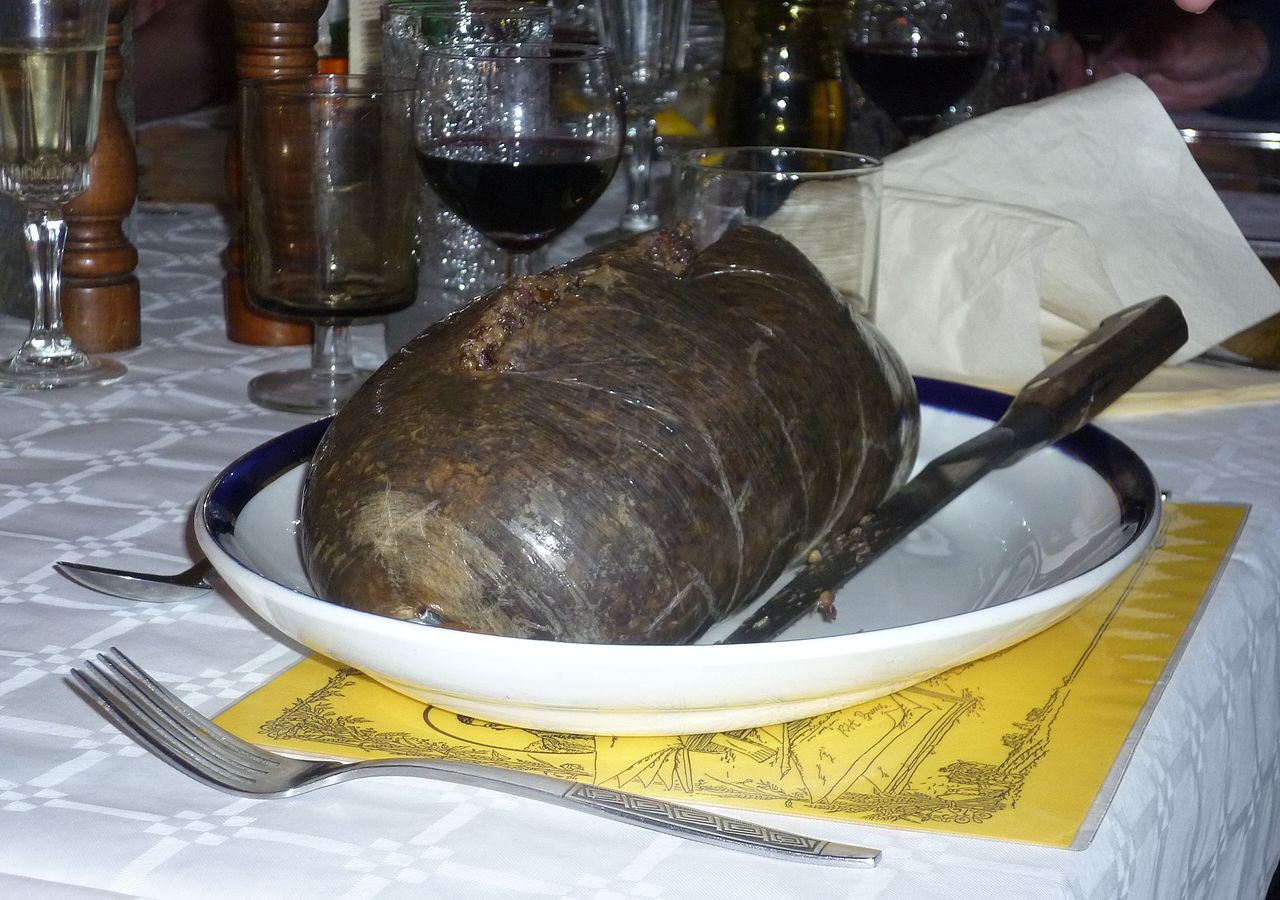 At a traditional Burns Supper, everyone stands as the freshly cooked and steaming haggis is brought to the dining room on a large platter, carried by the cook and preceded by a piper playing the Great Highland bagpipe. After the haggis is set down at the host’s table, the traditional “Address to a Haggis”, penned by Burns himself, is recited by the host or a distinguished guest. Running to eight verses and written in broad Scots dialect, it begins:

For those unfamiliar with the dialect, a translation would read:

Fair and full is your honest, jolly face,
Great chieftain of the sausage race!
Above them all you take your place,
Stomach, tripe, or intestines:
Well are you worthy of a grace
As long as my arm.

At the beginning of the third verse the person reciting the address will draw a knife and plunge it into the haggis, cutting it open from end to end. When done properly, the “Address to a Haggis” is the highlight of a Burns Night Supper, but what exactly is the haggis?

Listening to Burns’ verse it’s easy to imagine the haggis is a peculiar Caledonian beastie, and there is a popular fiction of ‘wild haggis’ roaming the Scottish hills and glens. In truth it is a savoury pudding containing the heart, liver and lungs of a sheep minced with onion, oatmeal, suet, spices and salt, mixed with stock. The whole lot is traditionally encased in the sheep’s stomach for cooking, although artificial casings are now more often used for commercially produced haggis.

While it might not sound too appetising, most people – and especially the Scots – testify that the dish is delicious. It might be one of those foods best eaten without knowing what goes into it! Now widely available in supermarkets, haggis is sold all year round and in Scotland has been used to create haggis burgers, haggis sausages (sometimes sold at chip shops deep fried in batter), haggis pakora in some Indian restaurants, and even a haggis pizza!

In Rabbie Burns’ day, haggis was a common dish for the poor, being both nutritious and cheap, using the offal parts of a sheep that might otherwise be thrown away. When a laird or chieftain required a sheep to be slaughtered for its meat, his subjects would be allowed to claim the offal as their share.

Scotch whisky is another essential part of the Burns Night Supper, which involves a series of formal speeches and toasts, including to the “lassies” and the “laddies”. In Scots Gaelic, whisky is revered as “uisge beatha” – the water of life.

And of course, the written works of Burns himself also feature at regular intervals throughout the supper, both in verse and song. Although he died young, Burns filled his 37 years with writing not just poetry, but often cutting political commentary which earned him as many enemies as friends.

Much of his verse has been set to song and a Burns Supper might include performances of his best-known works, such as “Ae Fond Kiss”, “A Man’s a Man for A’ That”, “Tam o’ Shanter” and “Parcel o’ Rogues”. Finally, the evening will traditionally end with Burns’ best-known work of all, as the guests stand and join hands to sing “Auld Lang Syne”.