Although the subject of the vote was controversial in itself, the underlying power struggle it represented was far more significant. For the first time, the government of Ireland had defied the Catholic Church in setting its social policy and legislation, marking a turning point in Irish politics. 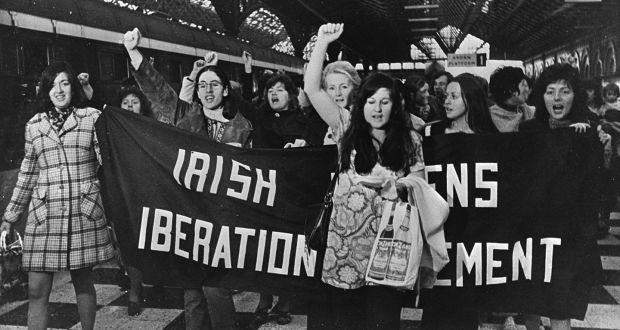 The church, as the embodiment of organised religion, has been influential in the affairs of many nations, not just through Catholicism but other denominations too. Throughout history there have been many instances of church and state coming into conflict – the Church of England was founded after Henry VIII fell out with Catholicism, beginning a turbulent period in English history.

In modern times many societies have become increasingly secular, bringing about a steady decline in the influence and power of organised religion. But in nations where religious faith is deeply ingrained, the church has retained its influence over how the nation manages its affairs and how people live their lives.

In the Republic of Ireland, the Roman Catholic church has long played a part in the lives of most people, affecting many aspects of their everyday lives. In particular, it was fundamentally and vehemently opposed to contraception, arguing that birth control should rest in the hands of God alone, not men and women.

It had been that way for generations, but by the more liberated 1970s attitudes were changing and pressure for reform was building. Many women did not want to keep on bearing children they could hardly afford, especially when contraception was freely available just across the border in Northern Ireland. There was also concern that the ban on contraception incited a thriving and potentially lethal trade in illegal “back street abortions”.

In a landmark 1973 legal challenge, the Irish Supreme Court found that a constitutional right to marital privacy covered the use of contraceptives. In other words, married couples should be able to use contraception within the privacy of their marriage and not expect interference from the church. However, the ruling was controversial and the Government was slow to convert it into law, with several failed attempts to introduce parliamentary bills.

But in 1978, Health Minister and future ‘Taoiseach’ (Prime Minister) Charles Haughey successfully introduced a bill which initiated change. It allowed for the limited provision of contraceptives for “bona fide family planning” or “adequate medical reasons”. In other words, a registered doctor could issue a prescription for contraceptives to their patient if they felt there were sufficient medical grounds to do so. That patient could then receive the prescribed contraceptives from a pharmacist.

It was only a partial solution, riddled with loopholes and potential problems, but it opened the door to further debate. Church leaders continued to rail against any changes, arguing that freely available contraception would lead to increased promiscuity and the moral decay of Irish society.

By 1985 there was another serious concern. The emergence and spread of HIV/AIDS led to public awareness campaigns around the globe urging people to use contraceptives, but in Ireland it was still an “under the counter” or even illegal trade. A proposed amendment to Charles Haughey’s previous Health (Family Planning) Act sought to change that, by allowing the open sale of condoms and spermicides to anyone over the age of 18, without a prescription.

It was hugely controversial and on the eve of the vote the Archbishop of Dublin warned it would send Ireland down “a slippery slope of moral degradation”. Yet the vote was passed, by 83 votes to 80, and the sale of some contraceptives was legalised. It also meant they could be distributed without restriction through doctors’ surgeries, hospitals and family planning clinics.

It was still illegal to advertise or actively promote any form of contraception and strong restrictions remained on the use of the birth control pill. But crucially, the church and state had gone head-to-head and, for the first time, the state had won.

Other reforms have followed in the years since, signifying a move to a new way of thinking; that adherents to Catholicism should be free to follow its teachings, but the church would no longer be able to impose them on everyone.