Conservatives were celebrating 50 years ago today after winning the first UK election in which 18-year-olds could vote.

The 1970 by-election in Bridgwater, Somerset, was prompted by the death of the constituency’s sitting Conservative MP Sir Gerald Willis. Between his death in October 1969 and the date set for the by-election the following March, new legislation was passed in January 1970 which introduced a number of changes to the election process. 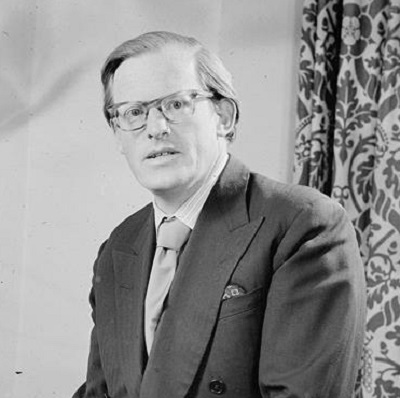 The most significant was a lowering in the legal voting age, from 21 to 18, so that for the first time in UK history, teenagers could vote for their representatives in parliament and on local councils. Other changes included keeping polling stations open until 10pm on election day and listing the candidates’ political parties on the ballot paper alongside their names.

The Conservatives hoped to retain the fairly safe Bridgwater seat, but hadn’t expected to increase their majority by more than 17% to 10,915 – the largest in the constituency for half-a-century. Despite all the publicity surrounding the by-election because of the voting age changes, turnout was actually down by just under 10% on the previous poll. But it was Labour and the Liberals who failed to mobilise their supporters while the Tories’ share of the vote was up by more than 11%.

There were no official figures on the number of voters aged 18 to 21, but onlookers reported plenty of young people visiting the polling stations. One of them, Trudy Sellick, became Britain’s youngest ever voter. She was just 18 years and three hours old when the polls opened on her birthday. Some political commentators suggested a tendency of ‘naturally rebellious’ young voters to side with ‘the opposition’ might have helped the Conservatives, who were not in government at that time.

After the Returning Officer announced the results, victorious Conservative candidate Tom King (pictured) was given a hero’s welcome by an ebullient crowd of about 100 cheering supporters. The former army officer and Cambridge graduate was then carried up the high street on the burly shoulders of three Somerset farmers and the local vet.

Conservative Party leader Edward Heath said the result confirmed his opinion that Harold Wilson’s Labour Government had lost touch with the electorate and was haemorrhaging public support. If the 8.6% swing to the Conservatives seen in Bridgewater was replicated at a General Election, it would see the Conservatives back in government and with a big majority in the House of Commons.

Labour Prime Minister Mr Wilson did not respond, but just two months later, on May 18th 1970, he called the Conservatives’ bluff by announcing a snap general election in just a month’s time, on June 18th. His decision might have been prompted by opinion polls which put Labour well ahead and predicted an easy election win on the back of a healthy economy, rising living standards and recent large pay rises. But, as is often the case in politics, the opinion polls got it badly wrong.

Instead June 18th saw a surprise victory for Ted Heath’s Tories, who won 330 seats to Labour’s 288, giving them the clear Commons majority to end almost six years of Labour rule. Back in Bridgwater, the newly-elected Tom King had to fight his second campaign in the space of three months to retain his seat at the June general election, which he did with ease.

He served the Somerset constituency for more than three decades before finally standing down at the 2001 general election. During his 31 years in the Commons Mr King held various high-profile Cabinet posts including Secretary of State for the Environment, Transport, Employment and Northern Ireland, before serving as Defence Secretary under Prime Minister John Major for almost three years, which included the 1990/91 Gulf War.

On standing down as an MP in 2001 Mr King was made a life peer, taking the title Baron King of Bridgwater in the House of Lords. Now aged 86, he is deputy chairman of the Conservative Party Policy Group on National and International Security.