Normally, today would be the early May Bank Holiday Monday, but this year the day off has been moved to this Friday, May 8th, to mark the 75th anniversary of VE Day.

For those who lived through the Second World War, or grew up when it was still fresh in the national memory, VE Day needs no explanation, but others might not be so familiar with why it’s so important. 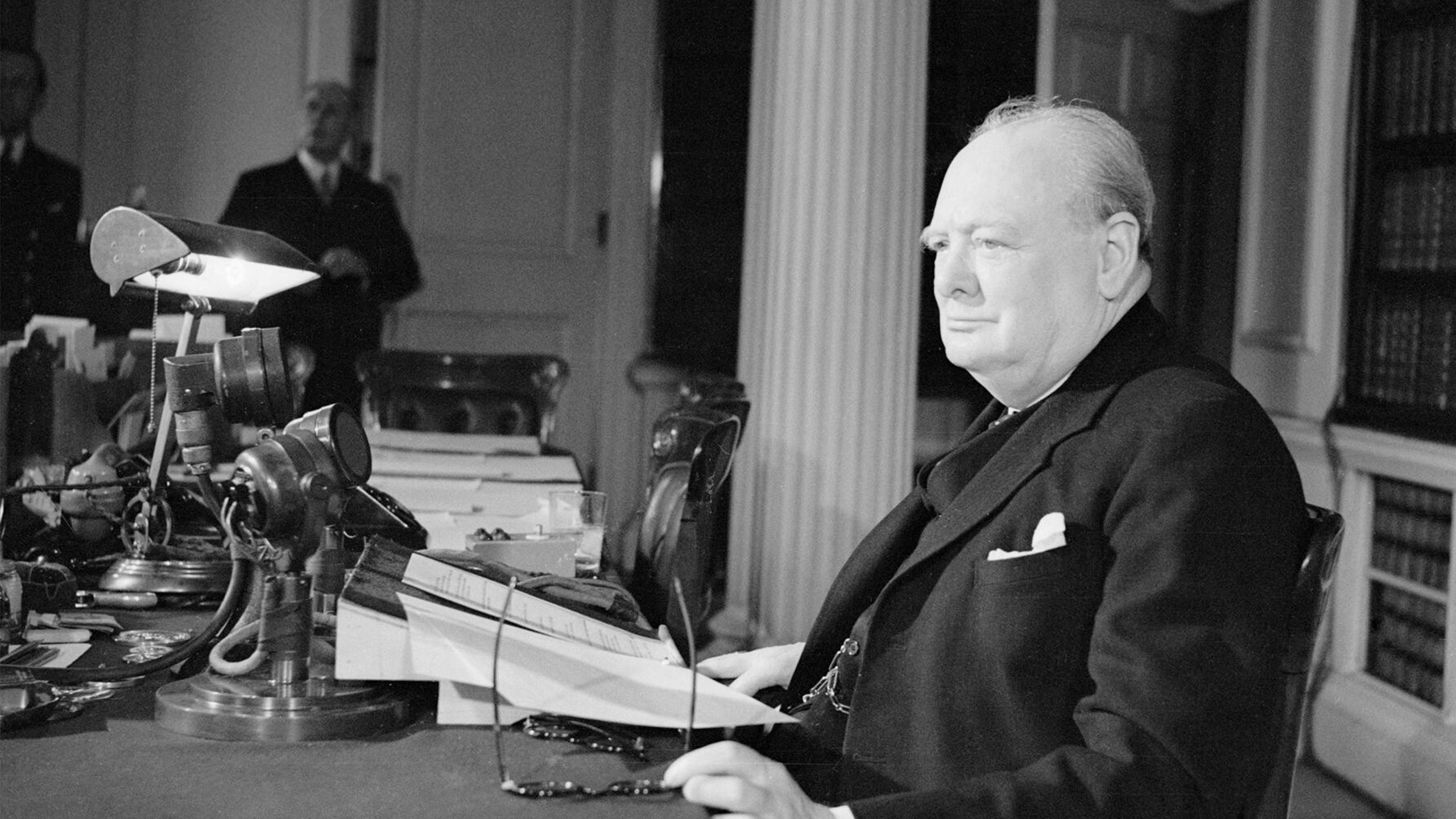 Tuesday May 8th, 1945, was the day when the unconditional surrender of Nazi Germany and all its armed forces was officially announced. It marked the end of more than five-and-a-half years of all-out war across Europe and became known as ‘VE Day’, marking the Allied ‘Victory in Europe’.

Prime Minister Winston Churchill officially announced the end of the war with Nazi Germany in a radio broadcast to the nation from the Cabinet Room at 10 Downing Street (pictured above). He confirmed the ceasefire had been signed the previous day at the American Advance HQ at Reims, in France, where the Germans had accepted total and unconditional surrender.

Understandably, there was a national outpouring of tremendous relief. Widespread celebrations began almost immediately across the UK, where every community felt the devastating effects of ‘total war’. For many it was a bitter-sweet victory, hard won by the deaths of so many loved ones whose loss was hard to bear.

When Churchill broadcast his speech, he warned that there was still work to do in ending the war with Japan: “We may allow ourselves a brief period of rejoicing,” he said, “but let us not forget for a moment the toil and efforts that lie ahead. Japan, with all her treachery and greed, remains unsubdued. We must now devote all of our strength and resources to the completion of our task, both at home and abroad.”

In fact, it would be another five months before Japan’s surrender ended the war in the Pacific and the Second World War as a whole. The date when Japan’s surrender was annouinced, August 15th, would become known as Victory over Japan Day, or simply VJ Day.

Later, Churchill – who led a coalition government through most of the war ­– was greeted by cheering crowds and choruses of “For he’s a jolly good fellow” as he made his way to Whitehall, where he appeared briefly on the balcony of the Ministry of Health.

The formal announcement of Germany’s surrender came as no surprise. It had been increasingly clear for several weeks that the end of the war in Europe was in sight. Germany’s surviving armed forces were increasing pushed back into heavily bombed cities, with Russian forces advancing from the East and British, American, Canadian and other Allied troops moving in from the West.

Adolf Hitler, the architect of Nazi Germany and its plans for world domination, had been holed up in an underground bunker in Berlin for weeks with his mistress Eva Braun and his inner circle of commanders. Recognising that defeat was now inevitable, Hitler and Braun killed themselves on April 30th, 1945, having married only the day before.

With Hitler dead and his former commanders keen to broker a peace, it was only a matter of time before the war in Europe, which began on September 1st, 1939, was finally over. In the early months of the war, Hitler’s forces swept across Europe in a ‘Blitzkrieg’ (Lightning War), sweeping away all resistance and forcing nation after nation into outright surrender.

Britain had the huge advantage of the English Channel as a major natural obstacle to the Nazis’ advance and it proved her saviour. Even then, there were dark days when our nation’s fate hung in the balance. The pivotal point was the summer of 1940, when the RAF somehow held out against the might of Hitler’s Luftwaffe to retain air superiority in the Battle of Britain. Without it, Hitler would have launched an all-out seaborne invasion of the UK.

Over the months and years that followed, the Allies slowly began to turn the tide, especially after the USA entered the war following the Japanese attack on the US Navy’s base at Pearl Harbor, Hawaii, in December 1941.

A major turning point was D-Day – the 6th of June 1944 – when the Allies launched the biggest seaborne invasion in history, landing on several Normandy beaches from bases in the south of England to begin retaking mainland Europe. It was the beginning of the end for Nazi Germany – and end which finally came 11 months later and is remembered as VE Day.

• See tomorrow’s blog for more on how Britain celebrated this momentous day in 1945 and since.