The year 2000 saw all kinds of projects, large and small, across the UK to mark the dawning of a new millennium. One of the biggest and most ambitious was officially opened 20 years ago today, on June 10th, 2000, but all didn’t go according to plan.

It was a new footbridge spanning the Thames in London, from St Paul's Cathedral to the Tate Modern gallery on the South Bank. The ‘Millennium Bridge’ was the capital’s first new river crossing for more than a hundred years, with £7 million of its £18 million cost funded by the Millennium Commission. 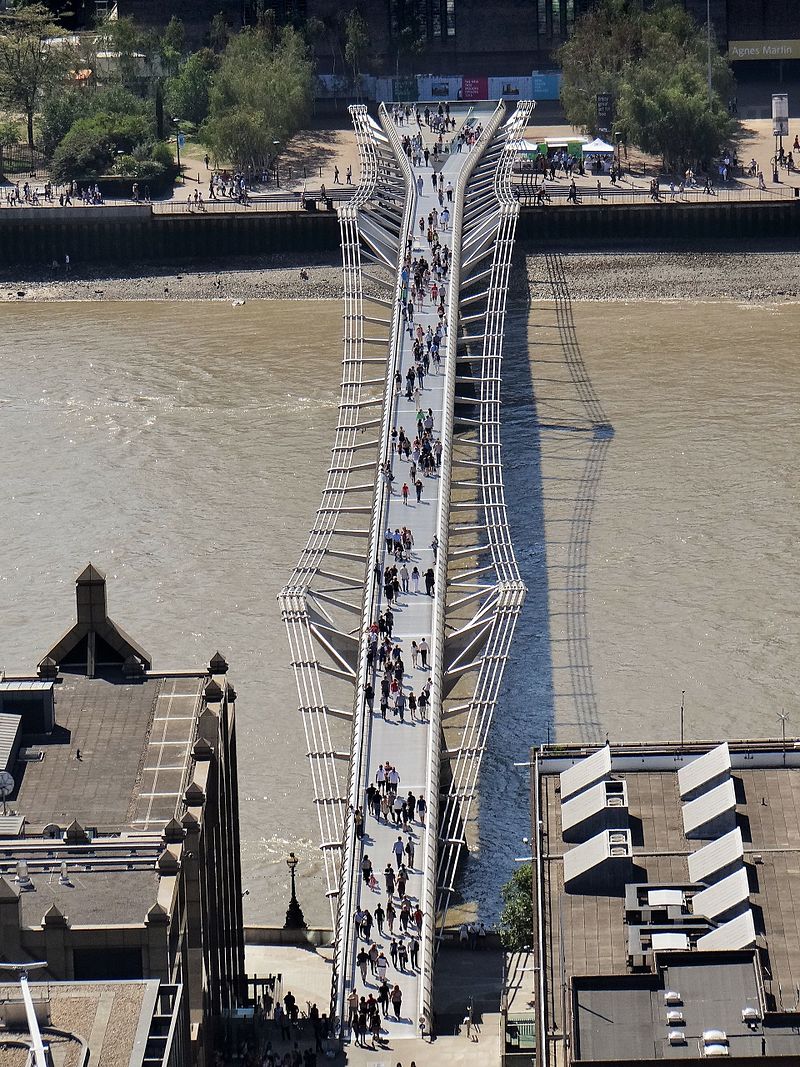 The 330-metre-long structure was built of concrete and steel cables to a new design using “lateral suspension” – a system which allowed suspension bridges to be built without tall supporting columns. Renowned architect Sir Norman Foster, whose company won an open competition to design the new bridge, said it would be a “blade of light” across the Thames.

But the light soon dimmed. Huge crowds of people gathered for the official opening on June 10th, all keen to be among the first to cross the Thames using the new bridge. But as they did so the bridge began to sway and oscillate quite alarmingly, the central span moving by up to 7cm and leaving people unnerved and unsteady. As more people mounted the bridge, the oscillations became more frequent, clearly visible to spectators.

Concerned the bridge could collapse, police stepped in and closed it while engineers made hurried safety checks. It was reopened, but with a limit on the number of people allowed to cross it. A spokesman for the designers said: “Because there was such a huge number walking all at once across the bridge, which is very unusual, there was a certain amount of swaying.

“The bridge is intended to have some movement. It’s a suspension bridge – if there isn’t movement there can be a problem.”

But after three days the bridge was closed again amid mounting safety concerns. Modifications were designed which involved installing 91 ‘dampers’, similar to car shock absorbers, designed to reduce the lateral movement of the bridge.

The work, costing an extra £5 million, began in May 2001 and was completed the following January. After walking tests using 2,000 volunteers, the Millennium Bridge was finally deemed safe and quietly reopened in February 2001.

Sadly, the bridge was completely and sensationally destroyed in 2009… but only for cinematic thrills! In the film “Harry Potter and the Half-Blood Prince”, the bridge is shown being brought down by the fearsome Death Eaters using dark magic on the orders of their leader, Lord Voldermort. Thankfully though, it was all done using CGI – Computer Generated Imagery – and in real life the Millennium Bridge is still standing and in daily use.

• To see a five-minute video on the opening of the Millennium Bridge and what cause it to ‘wobble’, click here.

It’s a warming and filling dish for a cold winter’s day and includes some of your five-a-day vegetables...

Want to spend a few minutes – or hours – wallowing in retail nostalgia, to travel back in time to an era before smartphones, Xboxes and the internet?

What’s the most dangerous part of your home?