Before June 17th 1980, the name of Greenham Common meant nothing to most people living in the UK, but over the next two decades it was seldom far from the national news.

Forty years ago today, the little-known RAF base near Newbury, in Berkshire, was announced as the main base for the first American nuclear Cruise Missiles to be stationed on British soil. It would be home to 160 of the inter-continental missiles, America's key nuclear deterrent as “The Cold War” between it and Soviet Russia still refused to thaw. 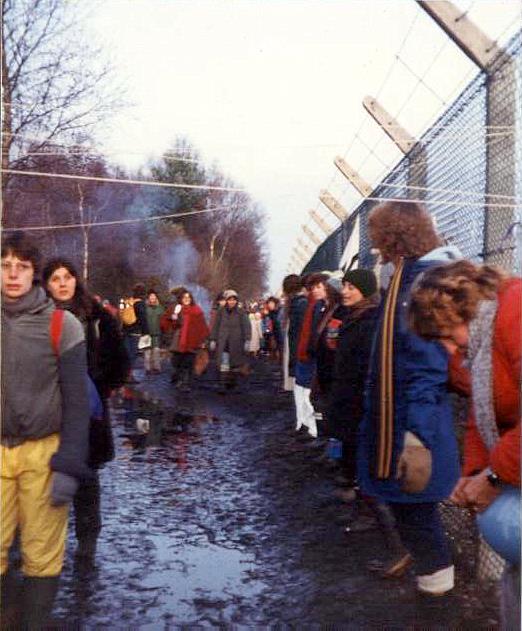 Secretary of State for Defence Hugh Pym announced to the House of Commons that RAF Greenham Common would be the main base for storing the missiles, with others destined for the previously disused RAF Molesworth, in Cambridgeshire.

Neither of the bases would be used as launch sites, which would no doubt make them a key target for enemy missiles in the event of nuclear war. Instead the ground launch missiles would be kept on specially built trucks which would be dispersed to a network of secret launch sites within a 50-mile radius if their deployment ever seemed imminent.

The missiles would be stored in reinforced underground silos and security at RAF Greenham Common would be significantly upgraded, with the UK contributing 220 personnel to supplement substantial American Forces which would be stationed at the base.

Addressing the House of Commons, Mr Pym assured fellow MPs that although the missile trucks would leave the base on regular dispersal exercises, their missiles would not be armed with nuclear warheads. He also said the United States would not deploy the missiles in an attack without Britain's assent, but those opposed to Britain’s strong military ties with the USA said that assurance was laughable.

While residents of nearby Newbury were concerned at the prospect of noisy tanker aircraft using Greenham Common, they seemed resigned to the arrival of the nuclear missiles: “If it has to be, so be it,” said the Chairman of the District Council. Others in the local community welcomed the news, believing the increase in personnel at the base would boost the local economy.

Not everyone was quite so accepting and serious protests began from the summer of 1981, as the base was prepared for the missiles’ arrival. A women’s peace camp was established outside Greenham Common’s perimeter fencing, attracting committed anti-nuclear protestors from across the UK and even abroad. Remaining there for almost 20 years, it became one of the most enduring symbols of the anti-nuclear movement.

The missiles arrived from November 1983 and remained at the base until March 1991, when the process of nuclear disarmament previously agreed under the 1987 Intermediate Nuclear Forces Treaty saw them returned to the USA. RAF Greenham Common was officially closed down in 1993 and designated as public parkland in 1997.

Even so, the women's peace camp remained until September 2000 when its few remaining die-hard inhabitants packed up and moved on, finally accepting there was nothing left to protest about.

More than two-thirds of people aged 65 to 69 have now had their first Covid-19 vaccination, with people aged 64 also being called forward this week, NHS England has announced.

When you’re looking to buy a home stairlift, it’s easy to get bogged down by the wide array of different models from competing manufacturers and mobility retailers.

Stairlifts can be divided into three broad types, which we’ll look at in this blog.

Did you know that Acorn Stairlifts has an ongoing charity partnership with Marie Curie, the leading UK charity providing care and support through terminal illness?