Described as the “Hollywood of the small screen”, the iconic complex had taken six years to build and cost £12 million. It housed seven TV studios, the largest of which (Studio 1) was a massive 11,000 square feet and could be partially converted into a swimming pool. The complex also housed offices, engineering and technical departments, a scenery department and a restaurant block. 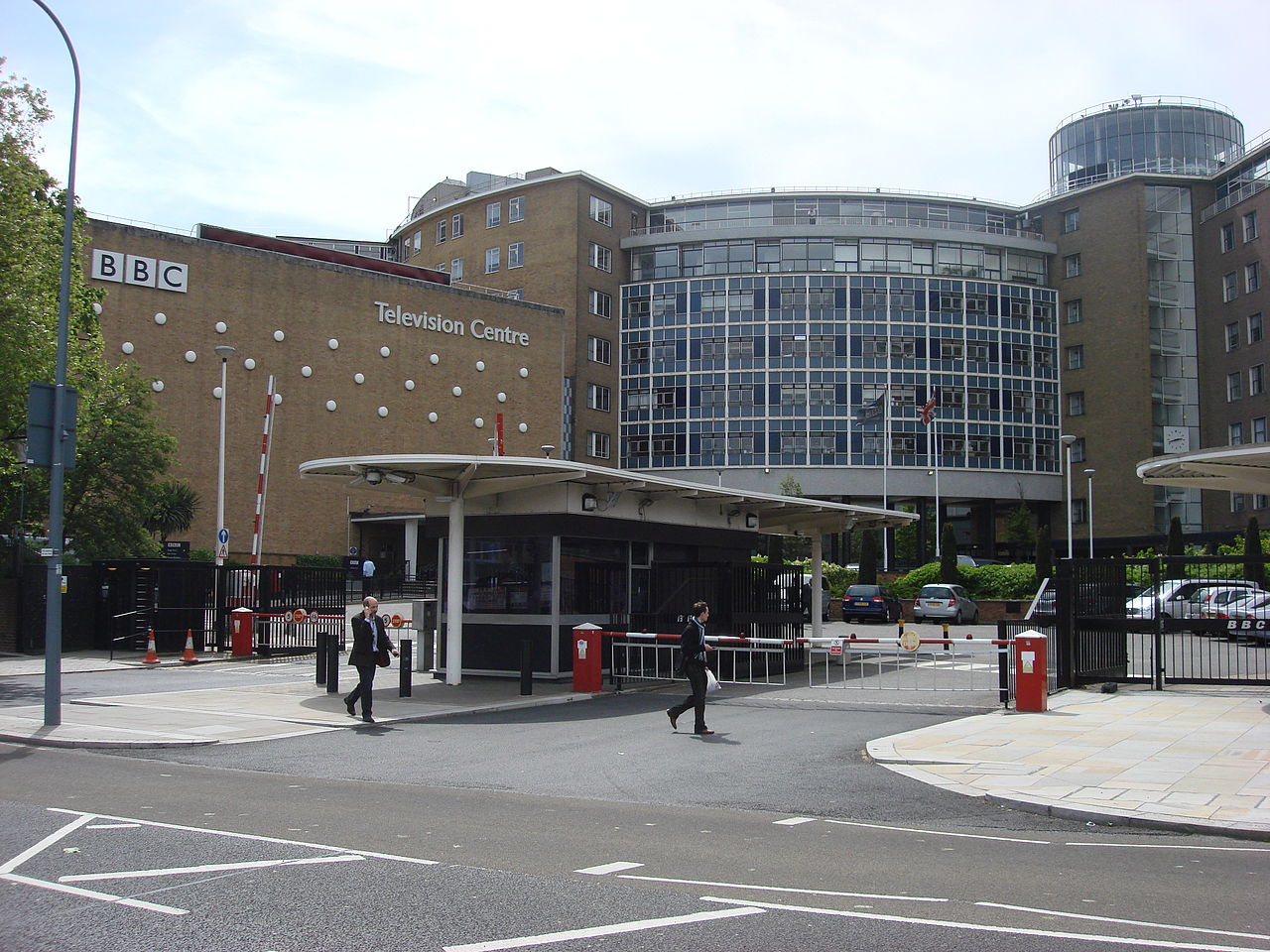 Previously the BBC had improvised by adapting other buildings into television studios. Now the corporation’s Director of TV, Gerald Beadle, said the new purpose-built complex would produce 1,500 hours of TV per year and help combat the flood of cheap American programmes increasingly swamping TV schedules.

“This centre is the largest, best equipped and most carefully planned factory of its kind in the world,” said a proud Mr Beadle at the official opening

Architect Graham Dawbarn designed the centre in the shape of a question mark, with a large circular courtyard and a trailing wing. It was claimed that when first puzzling out how to meet all the complex needs of the BBC in the 13-acre site, he had idly doodled a question mark on the back of an envelope, only realising later that it would be the ideal shape for the building.

In the central courtyard, often used for filming programme segments, were a lawn and fountain and a golden statue of Greek sun god Helios, said to represent the radiation of television light around the world. In practice, the fountain was seldom turned on as it proved too noisy for people working in the nearby offices, who complained of constantly needing the toilet!

The new BBC Television Centre would serve as the BBC’s main base for the next 50 years and became instantly recognisable as the backdrop for countless BBC TV programmes. But on September 21st, 2010, the BBC announced it would cease broadcasting from Television Centre in 2013 and that the building was being put on the market. Parts of it, including the central ring and Studio 1, are Grade II listed, preventing significant changes to their outward appearance, so bids were invited for a variety of possible uses.

In July 2012 it was announced that the complex had been sold to property developers Stanhope plc for around £200 million. It is redeveloping the site to provide up to 950 new homes, the first of which are now available to buy. There will also be half-a-million square feet of office space, a 47-bedroom hotel, private members’ club, cafés, restaurants and a cinema.

Maintaining a link with the past, two BBC commercial subsidiaries – BBC Worldwide and BBC Studioworks – will continue to use parts of the iconic building. Three of its historic TV studios are being refurbished to provide up-to-date facilities with in-house expertise and equipment. They will continue to make programmes for a range of TV production companies.

● For more about the future of Television Centre, click here.