Nothing can take you back to a particular time and place quite like a memorable tune that will forever be associated with it.

Fifty years ago, in July 1970, the biggest hit of the year was in its fifth week at number one in the UK charts. In total it would occupy the number one slot for seven weeks, from the middle of June to the beginning of August, making it the song of the summer. 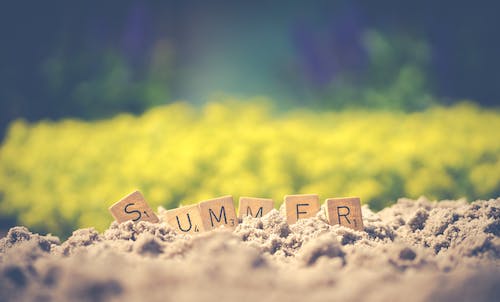 That song was “In the Summertime”, by Mungo Jerry, and although it wasn’t the band’s only hit, it was by far the biggest for the outfit still headed by vocalist and guitar player Ray Dorset. Formed around and beginning of 1970, Mungo Jerry took their name from the poem “Mungojerrie and Rumpleteazer”, from T.S. Eliot’s “Old Possum’s Book of Practical Cats”.

“In the Summertime” was their debut single, and blended the laid-back carefree feel of summer with the optimism of a new decade. It mixed a catchy electric piano track with electric guitar, banjo, double bass, a glass demijohn jug, foot stomping and vocal effects that were the granddaddy of 1980s ‘beatboxing’. On top of all that, Dorset added feelgood lyrics and outrageous ‘70s sideburns!

It was a recipe for success, and after shooting to the coveted number one spot in the singles chart, it stayed there week after week. The band’s debut album, also released in 1970 and titled simply “Mungo Jerry”, didn’t fare quite so well. It only managed number 14 in the album chart, maybe because it didn’t include the big hit single.

“In the Summertime” was written and composed by Ray Dorset, who learnt his craft in 1960s skiffle groups including “The Good Earth”. He’s said that the song only took 10 minutes to write, using his second-hand Fender Stratocaster guitar and while taking time off from his ‘proper job’ working in the lab for watchmaker Timex.

Dorset formed Mungo Jerry with fellow Good Earth member Colin Earl, on keyboards, joined by Paul King on banjo and ‘jug’ and Mike Cole on upright string bass. After seven weeks at number one, “In the Summertime” was finally knocked off the top spot by Elvis Presley with “The Wonder of You”, which also managed an impressive six-week run at number one.

Mungo Jerry’s next single, “Baby Jump”, also reached number one in March the following year, and several more singles enjoyed success from the early to mid-70s, by which time musical tastes were changing with the emergence of punk rock.

Despite countless changes in personnel over the years, Mungo Jerry are still going and playing regular gigs to loyal fans across the UK and Europe, with more than 20 albums to their name. The one constant has been the now 74-year-old frontman Ray Dorset, a father-of-six who lives in… where else but Dorset.

Unlike some popstars who come to resent their biggest hit, feeling it has somehow ‘typecast’ them, Dorset says he never tires of playing and singing the perennially feelgood “In the Summertime”. The song also reached a new generation when Jamaican-American rapper Shaggy covered it in 1995, releasing it as the lead single from his hit album “Boombastic”.

Just as Ray Dorset never tires of performing it, those who were around in the summer of 1970 will never tire of hearing the infectious easygoing rhythm of “In the Summertime”.

• You can watch the original 1970 video for “In the Summertime” by clicking here.